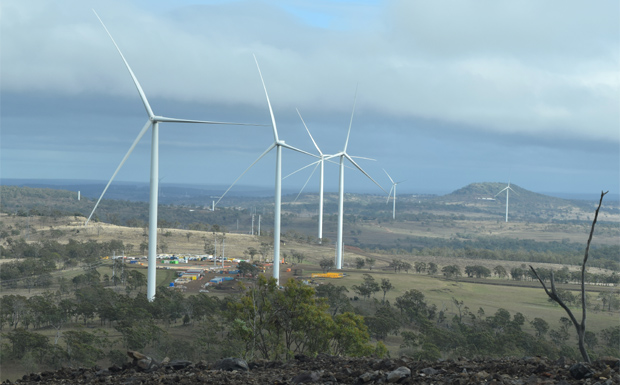 Projects like the Coopers Gap Wind Farm are one source for the South Burnett’s future prosperity, Mayor Keith Campbell says, but more water for industry and agriculture is the real key 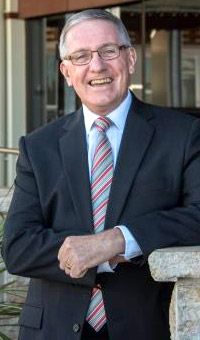 South Burnett Mayor Keith Campbell has acknowledged the closure of the Tarong Power Stations in 10-20 years poses a challenge for the region but believes the future provides more opportunity than downsides.

Apart from renewable energy generation, he believes the key to it is more water.

Mayor Campbell was responding to a southburnett.com.au Editorial (see link, below)

“I want to assure your readers that there is plenty to look forward to in terms of solid and diversified business and job creation in the South Burnett,” the Mayor said on Thursday.

“I applaud the media for bringing to the attention of a much wider audience a healthy balance of opportunities and challenges our region will experience as technology and other factors disrupt the future of industries that have given us historical comfort.

“To balance that change, there are some outstanding businesses in our region that are operating and functioning very satisfactorily, some of whom have plans for expansion, and it’s important to celebrate their success stories, too.”

The Mayor said he believed most readers would be aware of his long-standing commitment to improve the South Burnett’s water security and increase water access for agriculture and industry.

“More water means a brand new set of opportunities for our existing agricultural, horticultural and manufacturing businesses, as well as water security for existing businesses and urban householders.

“Water has remained my priority throughout the last three and a half years, and remains my commitment into the future. Announcements are due shortly that will further consolidate this undertaking.”

Mayor Campbell said there are already several renewable energy projects slated for the region in addition to the Coopers Gap Wind Farm and a recently approved solar farm near Kingaroy.

“These will create both short- and long-term employment,” he said.

“Who knows? There may be more announcements to come in this area, too.

“However, agriculture and the supply chain businesses that service it remain the dominant economic drivers for our region.

“Council will ensure this remains a high priority activity as we move forward, and roads are an essential element in this conversation.”

The Mayor said he took “a broad and detailed approach” to ensuring the region’s infrastructure would not only meet current needs, but future needs as well.

“Our focus on economic development is essential in this respect,” he said.

“I’m confident the relationships we’ve already built with various government agencies that can help deliver on these priorities will drive international interest in our agricultural capabilities.

“I will talk up our region, because I have faith in the future that is based on good solid evidence. I don’t share the doomsday view.”

Mayor Campbell said the job of building a genuinely diversified economy was a long term journey.

“The task at hand is to convince new and existing investors and residents there is hope and this Council is willing to embrace change and seek out the opportunities ahead.

“I appreciate the comparison with neighbouring Council areas and I’m glad they were able to capitalise on new businesses that came their way.

“But it’s time for all of us in the South Burnett to recognise we are an existing powerhouse and a potential food bowl for world markets, and it remains my view that more water is the essential ingredient to maximise this.

“That’s a commitment I propose to work fiercely at achieving.”