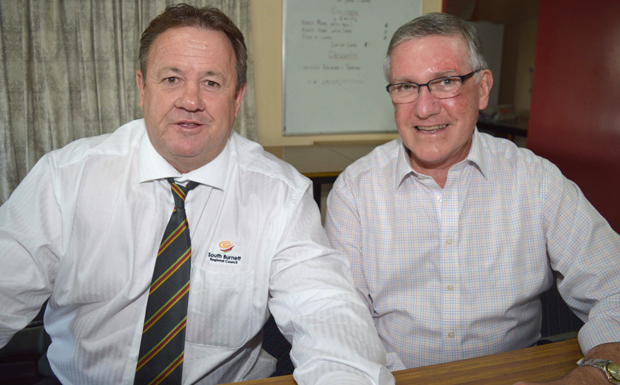 Confusion over the difference between State and Council-owned roads is causing South Burnett Regional Council to get blamed for some road maintenance issues that are out of its control.

“We get a considerable number of customer requests coming in, and unfortunately they are about State roads,” Cr Jones told the meeting.

“We have to lobby the State to get the money to fix them.

“They ring Council and complain about them and it is our responsibility – I am not denying that – but it’s a fact that we have to lobby to State Government (to get the money).”

Council officers confirmed Council road crews were  paid to carry out some routine maintenance tasks on State roads by the Department of Transport and Main Roads.

However, the budget they were allocated was small and they had to request extra funds for anything that fell outside it.

“It has been a journey for us as a Council to truly understand the situation with our region’s roads and truly understand what amount of money we needed to apply to the road network,” he said.

Cr Jones said he remained confident Council would meet its promise that every unsealed road in the region would receive some attention by Christmas.

“We are well on the way to achieving the promise we made on our listening tours that every dirt road will be graded or have some sort of surface put on it before December this year,” Cr Jones said.

Cr Jones said by the end of July:

Patrol grades will also be carried out on 128 roads in 24 localities across the region before the end of September, Cr Jones said.