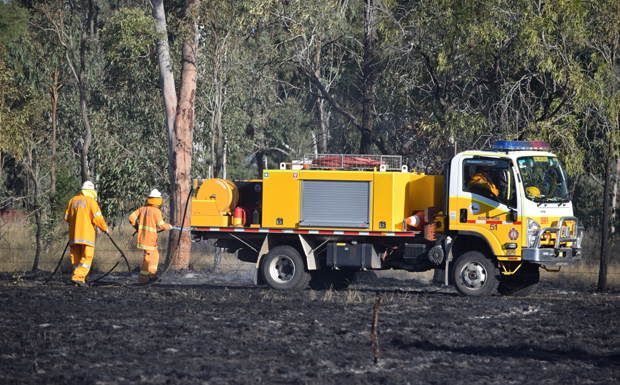 Fire crews dampened down the edges of the grass fire to ensure there was no potential for it to
spread into adjoining, heavily timbered areas

Swift action by rural and urban fire crews on Saturday stopped a grass fire at Kingsley Grove Winery near Kingaroy turning into a much more serious blaze.

Firefighters were called to the property at 49 Stuart Valley Drive about 2:30pm.

They found a grass fire burning in windy conditions across several acres of paddock behind the winery, and threatening more heavily timbered country on an adjoining property.

Eight rural and three urban units responded, along with two command cars and an ambulance.

The situation was brought under control within 45 minutes.

By coincidence, many of the units had been attending a training day in Kingaroy.

Jo Berry, from Kingsley Grove, said she believed the fire started when an ember escaped from a visiting caravanner’s outdoor cooker.

The ember blew into the adjoining paddock and ignited the dry grass, where the fire was whipped up by the wind.

“It just got away from them really quickly,” she said.

“I think they’re still in shock.”

Both Jo and her mother-in-law Pat said they were relieved no one had been hurt and praised the firefighters  and ambulance crews for their quick and professional response.

Kingsley Grove’s winery complex, house and vineyards were located downwind and were not under threat at any time. 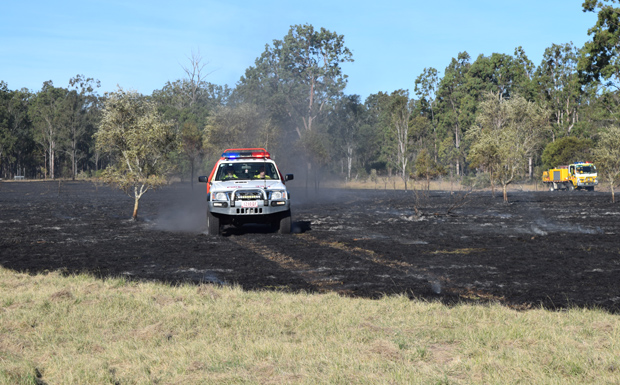 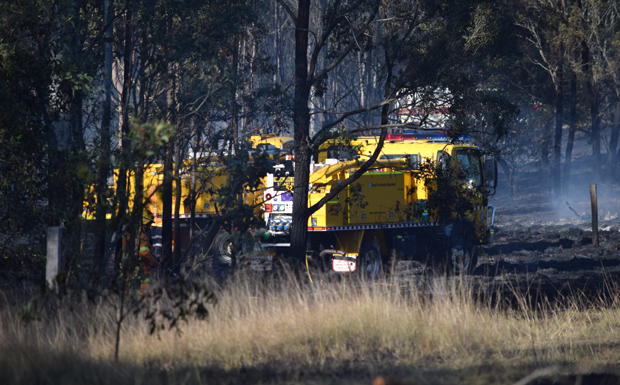 A small area of bushland adjoining the paddock on Kingsley Grove’s property also caught alight,
but multiple units ensured it was extinguished as quickly as possible