Crowds Roll In For Bush Battle 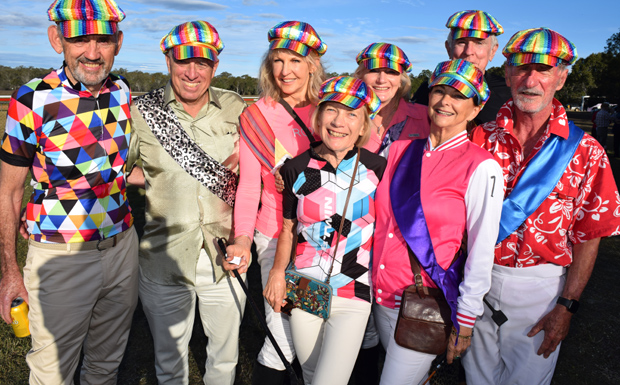 Nanango hoop Hannah Phillips may not be taking home Lee Park’s jockey premiership this year, but on Saturday she took out something possibly even better.

The young jockey – who had to win four races on the day to take the gong – steered Nanango trainer Brian Laherty’s horse Machu Picchu over the line in Race 4, the Battle Of The Bush qualifier.

The win was hotly contested – barely half a neck separated the winner from the runner-up – but it also brought joy to many punters who backed the horse into second favourite but still paid a handy $4.80.

Peter congratulated Brian and wished him all the best in the Eagle Farm final.

The Battle Of The Bush race was keenly watched but almost as many eyes were on Race 2, the Garry and Margaret Banks Memorial, although for different reasons.

The race has been run at Lee Park’s Autumn meeting for the past nine years in memory of popular race club stalwarts Garry and Margaret Banks.

The race is jointly sponsored by the Banks family and Nanango RSL, where the couple also had many friends.

Each year as many of the family as possible come to Lee Park to present a trophy to the race’s winner. This year more than 25 were in attendance to see Classic Beau leap ahead of the pack at the finishing post.

After a trophy presentation to Classic Beau’s owners, the family gathered underneath the race caller’s box for a group photo, and promised they would be back in even greater numbers next year to celebrate the race’s 10th birthday.

(In an odd coincidence,  Battle Of The Bush winner Machu Picchu won the the 2018 Gary and Margaret Banks Memorial.)

Elsewhere, Saturday’s race meeting had a whiff of pumpkin about it, courtesy of Goomeri’s Pumpkin Festival.

A busload of 38 visitors took advantage of a free bus from Goomeri to enjoy an afternoon of country racing.

Many spent the day relaxing under the marquees watching the races.

Other guests took up the meeting’s “Fab Furs, Pearls and Braces” fashion theme, uploading their photos to the Race Club’s social media pages during the course of the day in hopes of winning a Moffatdale Ridge Winery prize.

Nanango Race Club president Andrew Green said he was very happy with the Autumn attendance, which has steadily grown over the past few years.

“There was a time many years ago when the Autumn race meeting used to attract just a handful of people,” Andrew said.

“But we’ve put a lot of work into it, and it’s now grown to the point where the crowds are very good.

“We’d like to see it get even bigger next year, so we’ll all be working hard to see what else we can do to keep improving it.”

The South Burnett’s next race meeting will be the annual Nanango Cup Day at Lee Park on Saturday, August 3.

The Nanango Cup is almost as old as Nanango itself and is steeped in tradition.

The meeting is always one of Lee Park’s biggest of the year and will also include the presentations for Lee Park’s Trainer, Jockey and Horse of the Year and the annual Blessing Of The Jockeys ceremony to mark the start of a new racing year. 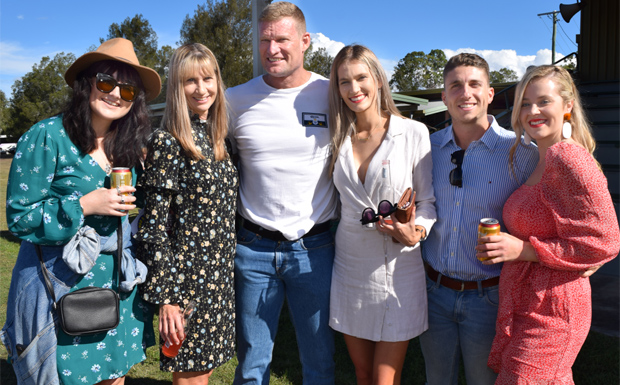 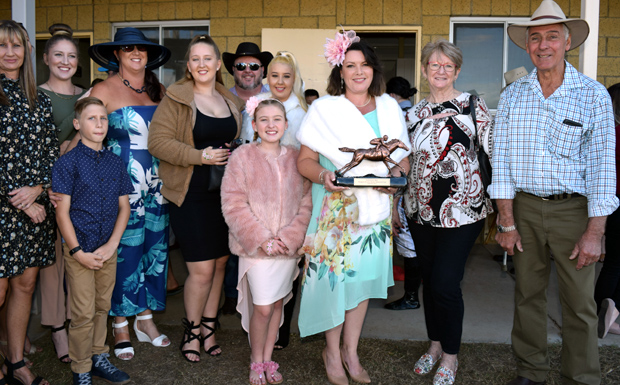 … and their ranks swelled considerably a little later when a trophy was presented to the owners of the Banks Memorial race’s winner, Classic Beau

After the trophy presentation, 25 members of the extended Banks family gathered in the mounting yard for a group photo 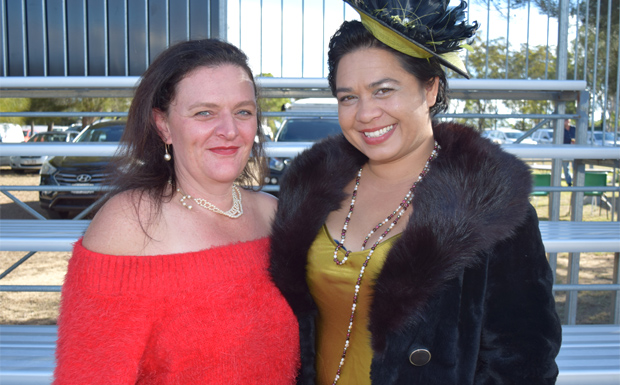 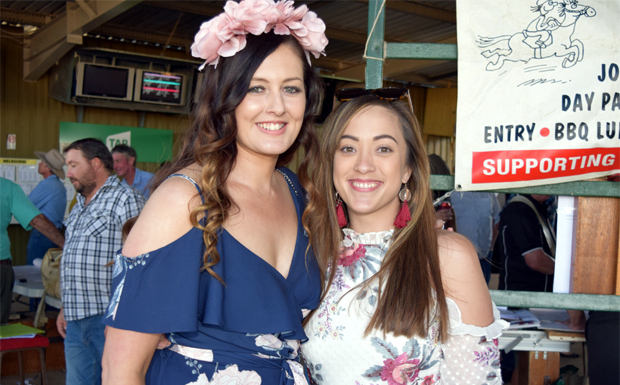 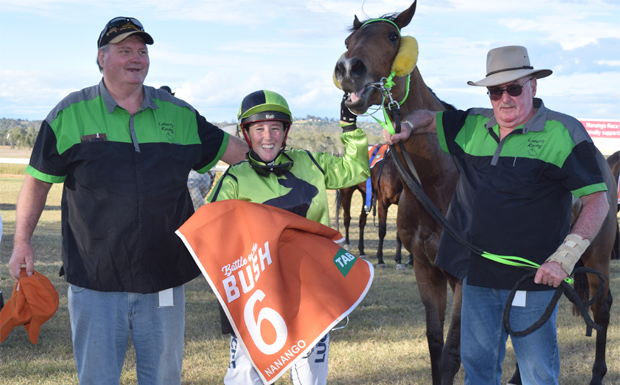 Machu Picchu trainer Brian “Bunny” Laherty and Nanango jockey Hannah Phillips were clearly elated to win the day’s Battle Of The Bush feature race, which carried a $6,500 first prize and the chance to win much more in the final round at Eagle Farm on June 22 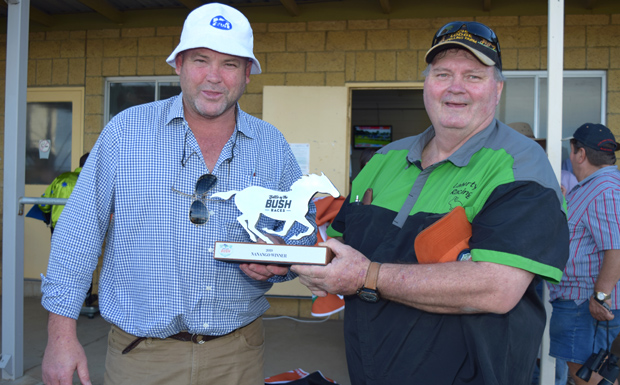 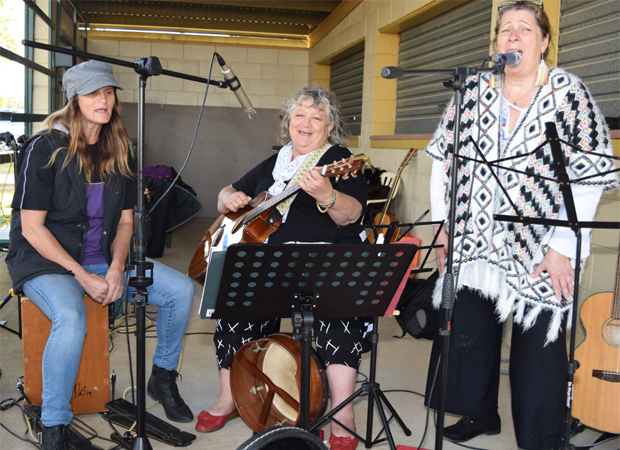 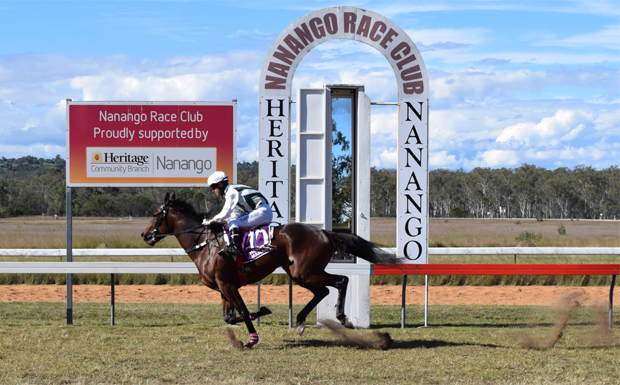 Second was daylight … Speedy lived up to its name in the day’s first race, easily beating its nearest rival by a hefty four lengths 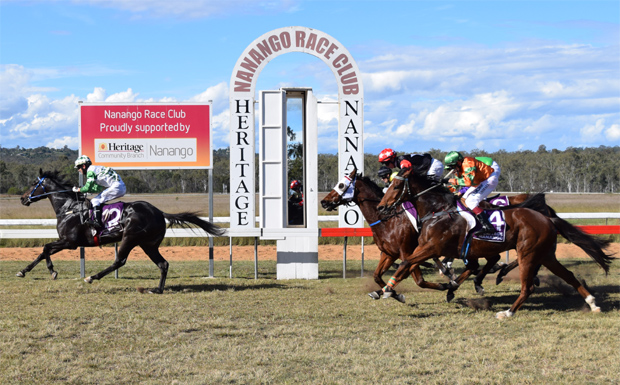 Things were a fraction tighter in the second race, where Classic Beau led by almost two lengths, leaving another four horses in a tight bunch to fight it out for the minor placings 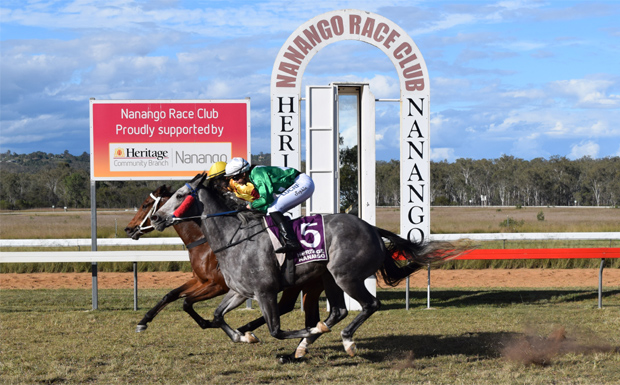 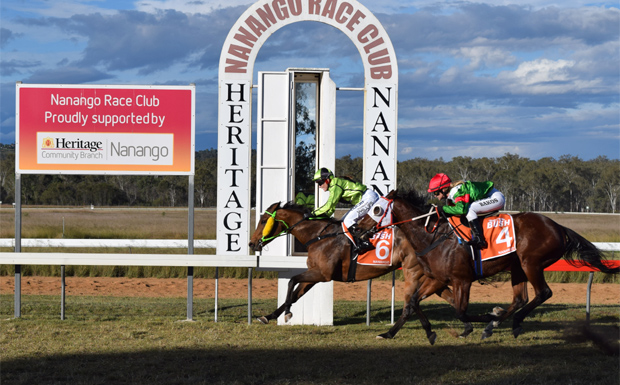 Things remained the same in the feature race that followed, with Machu Picchu narrowly beating Tycoon Zip to the finishing post