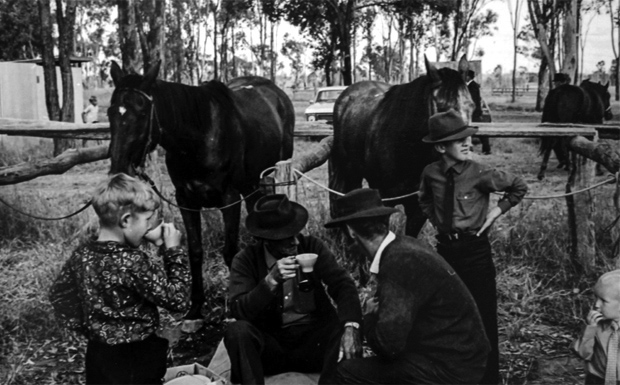 A two-year effort to sift through 100,000 historic photos of the South Burnett and produce a book from them finally came to an end on Wednesday.

The photos were shot by Arthur Hansen, who ran a sewing machine and photography shop in Kingaroy from 1954 until shortly before his death in 1990.

Arthur, who was born in Wondai, had been a keen photographer since childhood.

From the 1950s through to the late 1980s, he meticulously numbered, described and filed every photograph he took.

His subjects were everyday scenes and special events in the region – anything from the opening of Kingaroy Town Hall and Barambah Bridge through to a Burrandowan Picnic Race meeting in 1967, the construction of Boondooma Dam in 1983 and a Peanut Festival parade in 1988.

Arthur’s collection of photographs and negatives was gifted to the Kingaroy Photographic Club two years ago by his daughter Marie Shaw.

The club also received a $3000 community grant from the South Burnett Regional Council to digitise the collection to preserve it for posterity, and produce a book of the best photos from it.

On Wednesday, club members gave two copies of the new book – ‘A Selection Of Photos From The Arthur Hansen Photograph & Negative Collection’ – to the Kingaroy Library.

They also gave another copy to Arthur’s granddaughter, Cr Danita Potter, to pass on to her mother Marie.

Steve Clampit, from the photography club, said processing the photos and negatives had been a daunting task.

But once they’d done this, it was even harder to select the photos to be used in the book.

In the end, club members chose photos covering the period from 1950 to 1988 that showcased the full gamut of Arthur’s work.

Then they engaged a specialist printing company to run off two copies for the library, one for Marie Shaw and a fourth for the club’s archives.

Mr Clampit said that thanks to digital printing, extra copies of the book could be printed in future if there was a demand for them.

Mayor Keith Campbell, who accepted the books on Council’s behalf, said he was very impressed with the club’s work.

He was sure the book would be of interest to many of the region’s residents.

He also particularly enjoyed finding a photo of his younger self on one of the pages (“I had much darker hair then”), along with another of a cousin that had been taken at Kumbia in the 1950s. 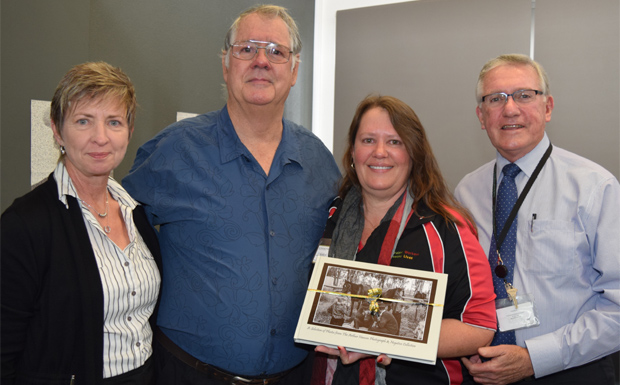 Wendy Turner and Steve Clampit, from the Kingaroy Photographic Club, presented a copy of the book to Cr Danita Potter to pass on to her mother Marie Shaw, who was unable to attend the book’s launch 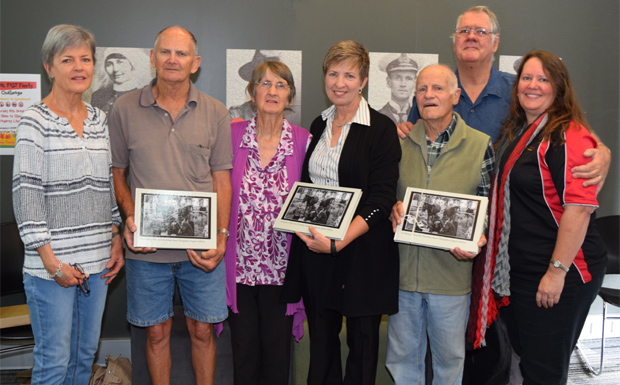