A lot has changed in the world of food and cooking since I first became a chef.

For one thing, dining out has become a lot more casual.

In fact, the traditional formal dining experience has become quite a rarity.

As a result, much of the classic dining etiquette associated with cutlery, crockery and formal dinner protocol is becoming a lost skill.

Which means some people may struggle to understand how the layout of a formal dinner setting is used.

This can be a little awkward if they find themselves in a fine dining environment with a wide selection of cutlery laid out before them.

However, for those who need some clarity regarding the correct use and understanding of various cutleries, here are some basic principles:

There is much, much more to the conventions of dining, such as the correct placement of glasses and appropriate table manners, formal customs and decorum.

But hopefully the brief tips above may shine some light on how to chose which fork’n knife to use.

Now, here’s a favourite recipe of mine you’ll only need a soup spoon to enjoy: 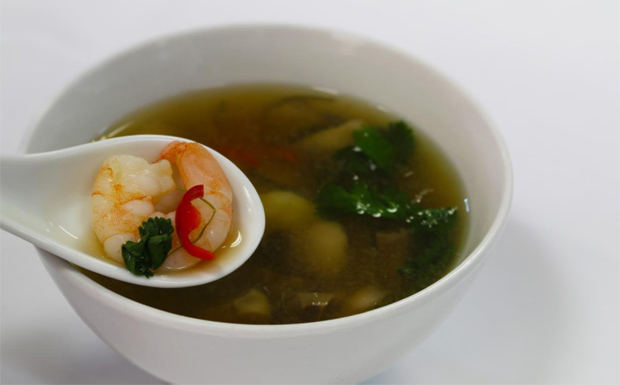 Note: It’s also nice to add spoonfuls of steamed jasmine rice to your bowl of soup as you eat it.