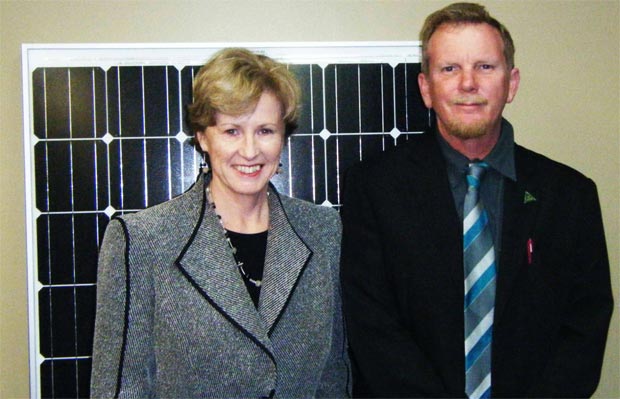 The main topic of discussion was coal and coal seam gas mining in Queensland.

Deputy Convenor of the Toowoomba Branch of The Greens, Grant Newson, from Brooklands, said he was delighted with the roll-up.

Mr Newson, who stood for The Greens in the electorates of Maranoa in 2010 and Nanango in 2012, said people needed urgent help to abate the CSG and mining industries.

“Residents are at their wits end with the current government being in bed with the mining magnates who have been given everything,” he said.

Senator Milne discussed the impact that the CSG and mining industries were having on the ability of Australia to produce food, and the safety of future water supplies.

With countries around the world in a “land grab” for the purpose of growing and supplying food for their own country, Australia wa losing this valuable irreplaceable commodity to overseas purchasers, she said.

“In Western Australia, over one-third of the water tables are fully or partly owned by other countries. Combine this with the loss of valuable productive cropping land and Australia as a food-producing nation is in serious danger,” Senator Milne said. 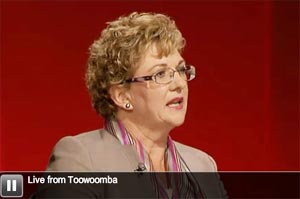 Georgie was quizzed on several topics during the show, including Land Rights and foreign investment in rural land.

She drew a large round of applause form the audience in The Empire Theatre when she suggested foreign investors should lease land, rather purchase it outright.