Uni Blossoms In The Bush

The Bonye Bush University is a project put together by the Bunya Aboriginal Peoples Corporation (BPAC) with both Federal and State government assistance.

The group has taken over the former Presbyterian Camp site on the Bunya Mountains and developed a “learning space” in nearby Russell Park.

The cleared area was degraded land which had been overtaken by wattle but included a natural spring which now forms the heart of the new space.

The centrepiece is a dancing ground and rock pool, formed within three coils of a 120 metre-long stone rainbow serpent.

There are sections for both women’s and men’s business.

Solar-powered lights are embedded in the walls which will enable the area to be used at night.

Slightly further up the hill is a Genestreams songlines sculpture, modelled on similar projects elsewhere in Australia.

This features artwork from local First Nations artists on the outside, representing the different clans and language groups which met at the Bunya Mountains in pre-colonial days and still regard the area as sacred today.

Inside the leaves of the sculpted “flower” are depictions of Bunya Mountains flora and fauna from the Cretaceous period through to the modern day.

The baseplate explains the geological time scale which the inner walls depict. The whole sculpture is also lit by solar lights.

Rain fell throughout the event but that didn’t deter the dancers, musicians or speechmakers.

Special guest artist was ARIA Hall of Fame musician Kevin Carmody who began his set with the Murri classic, “Thou Shalt Not Steal”.

“We know demand for authentic Indigenous tourism experiences like the Bunya Mountains Learning Space is growing.

Access to the learning space is via a steep track from Fisher’s Lookout. 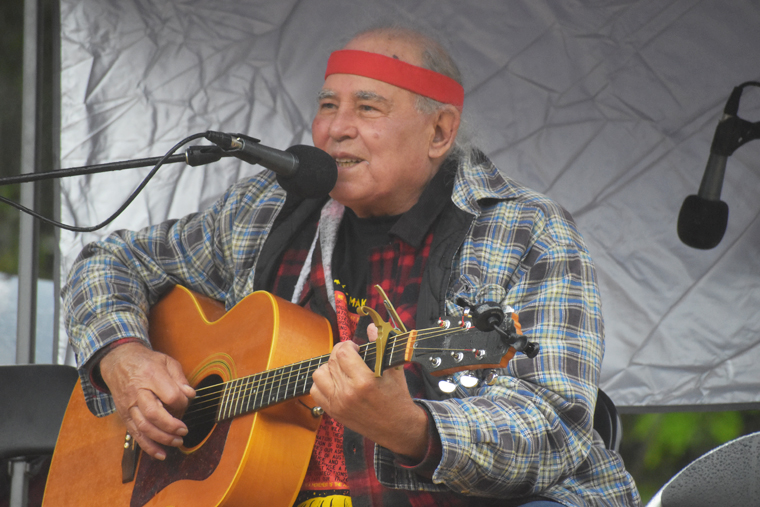 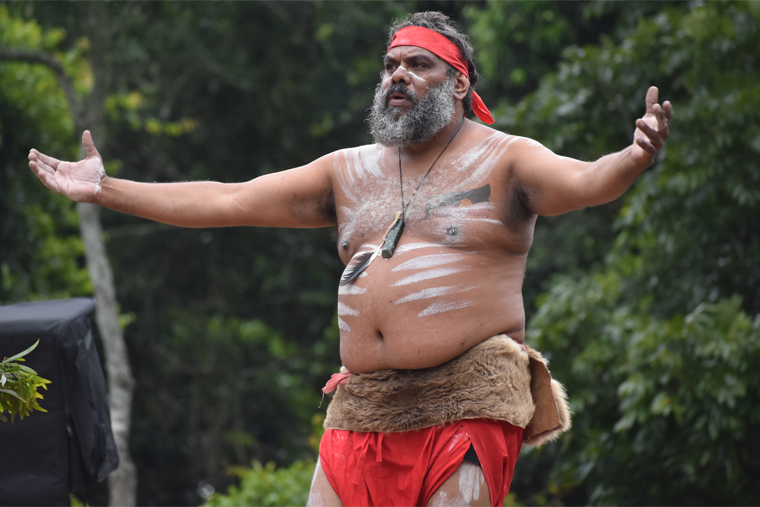 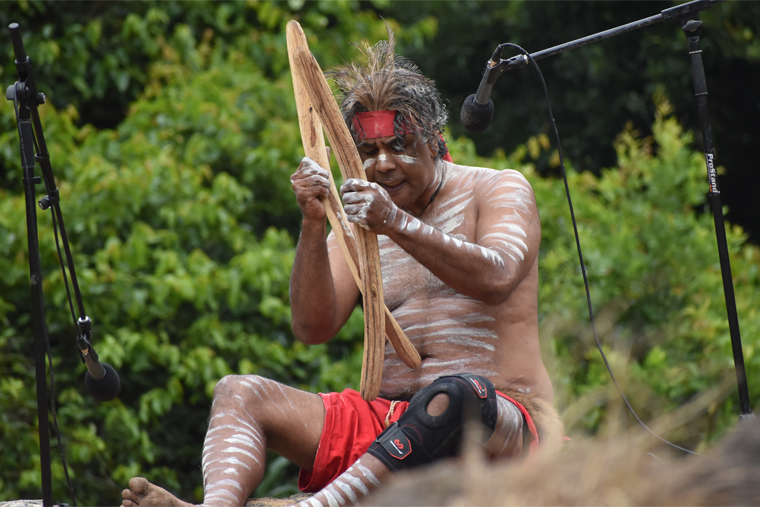 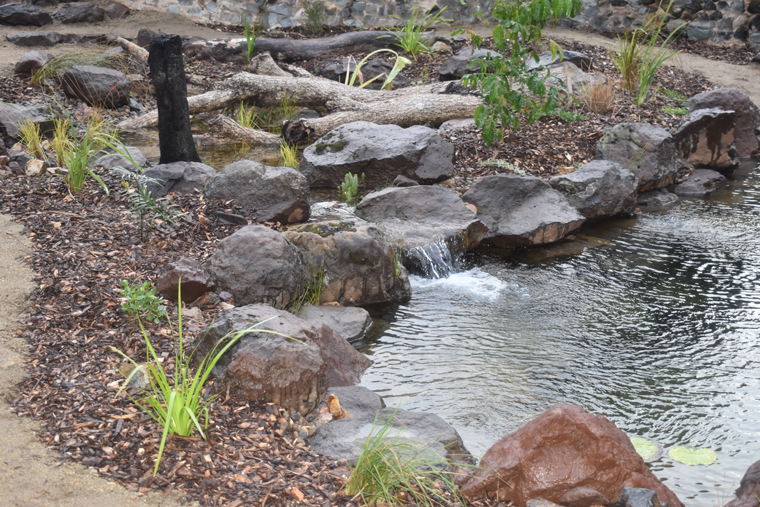 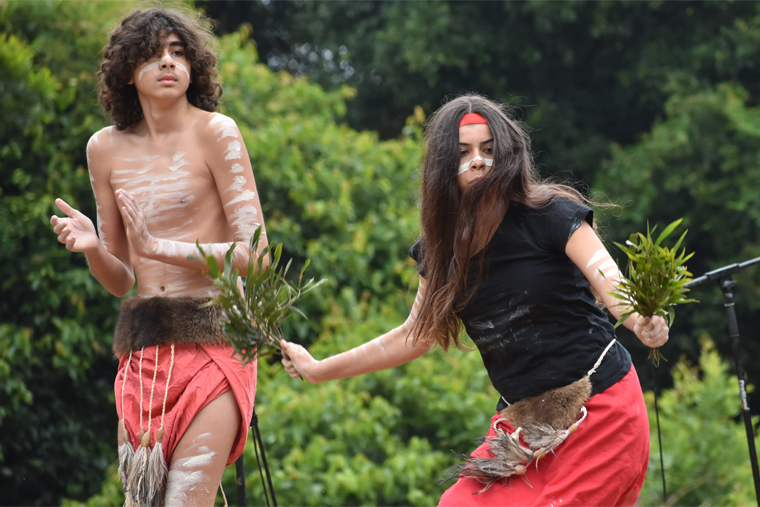 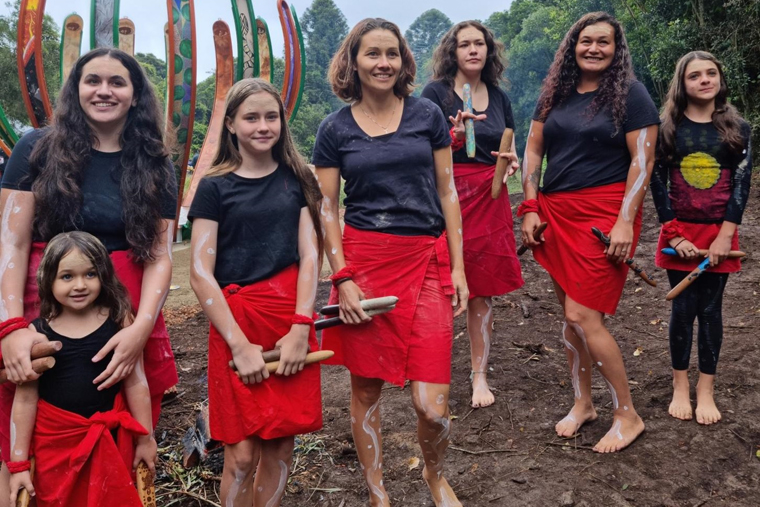 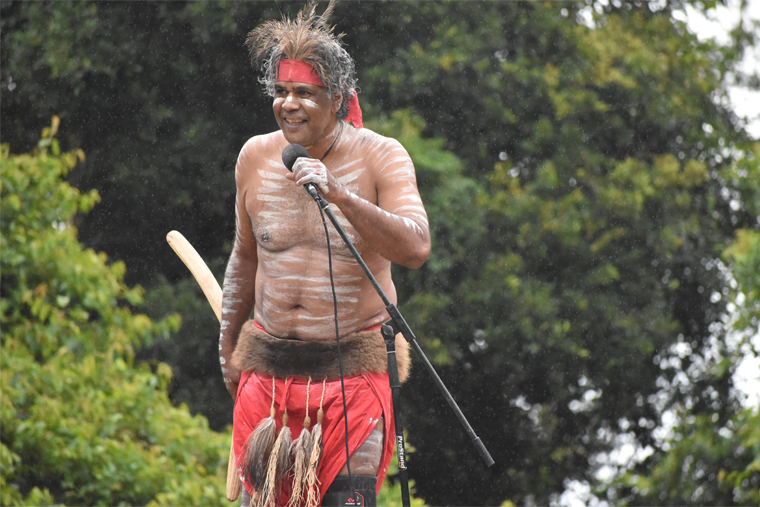 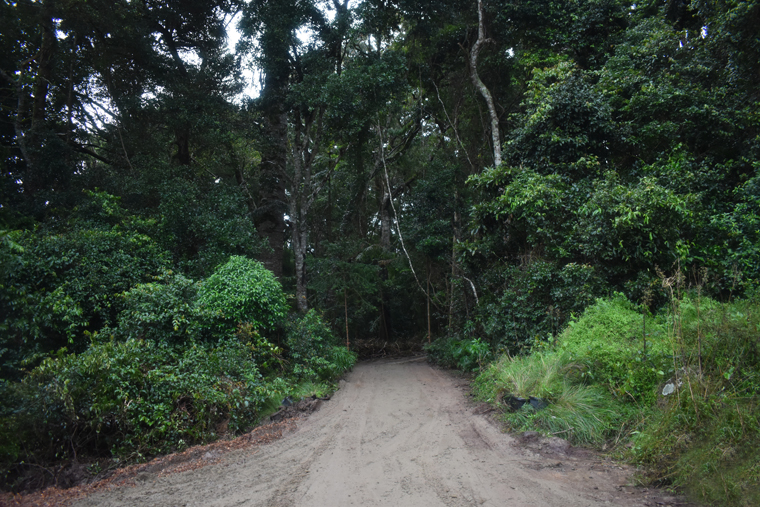