Firefighters toiled in the heat to bring a fire in a timber house in Kingaroy under control on Tuesday afternoon.

The family house, on the corner of Kingaroy Street and River Road, was completely gutted by the blaze.

A QAS spokesperson said two people were believed to have been inside the dwelling at the time the fire broke out but neither was injured.

Emergency services were called to the incident about 2:00pm and arrived within minutes but the house was already well-involved in flames.

White smoke billowed into the air.

Fire crews wore breathing equipment as they tackled the blaze.

Ambulance paramedics remained on standby as the incident unfolded.

Police blocked off a section of Kingaroy Street and the River Road roundabout to allow emergency crews access to the scene.

A QFES spokesperson said the fire was well under control by 2:30pm.

Investigations into the cause of the blaze are continuing. 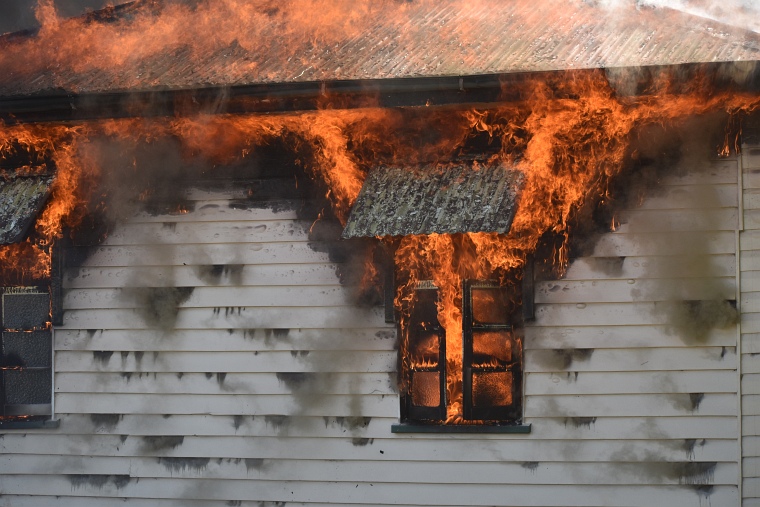 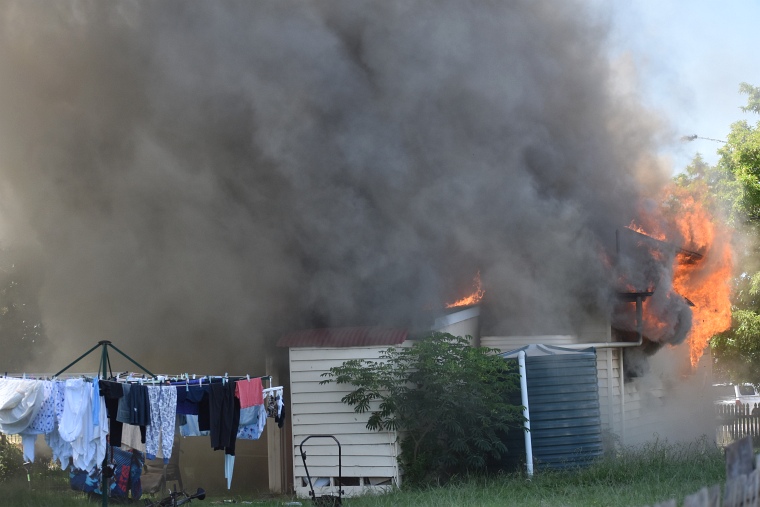 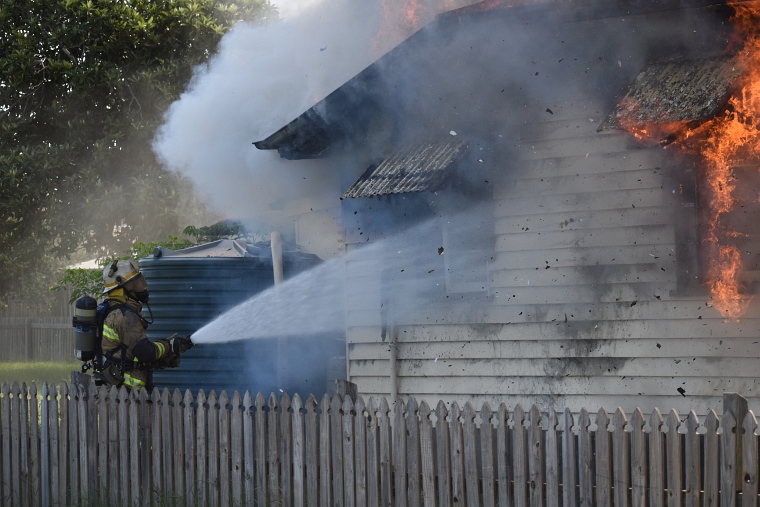 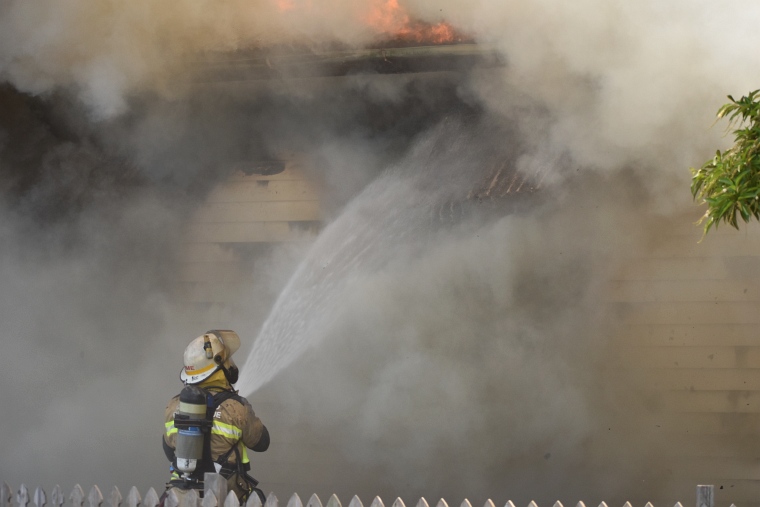 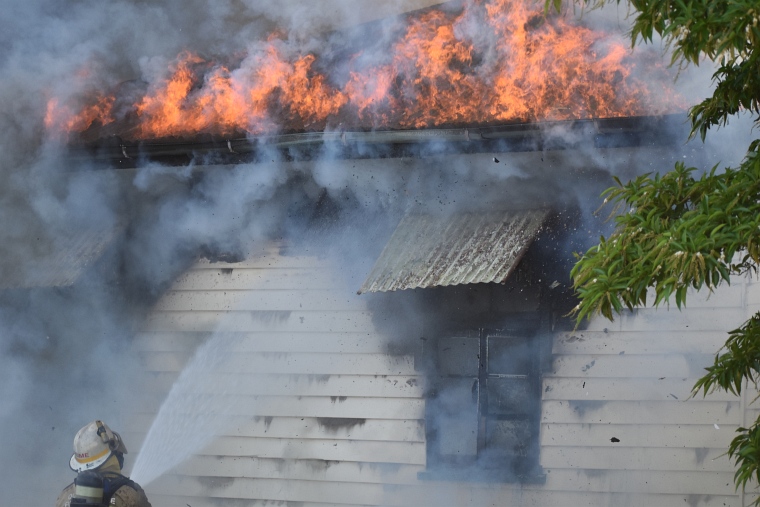 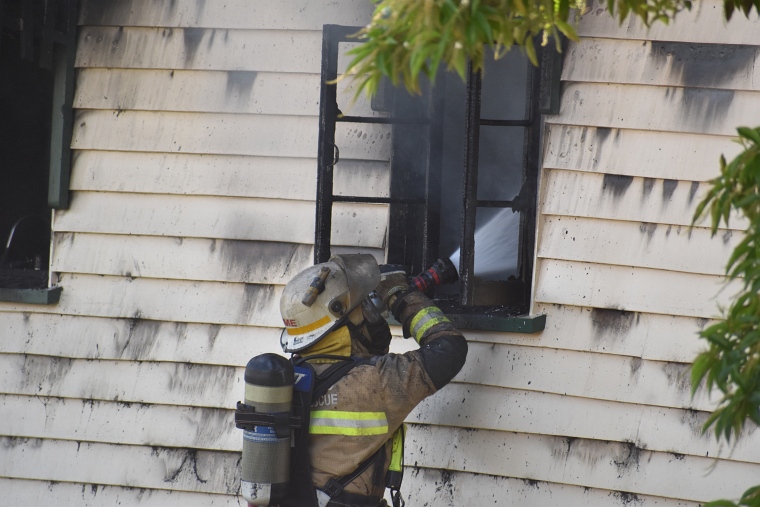 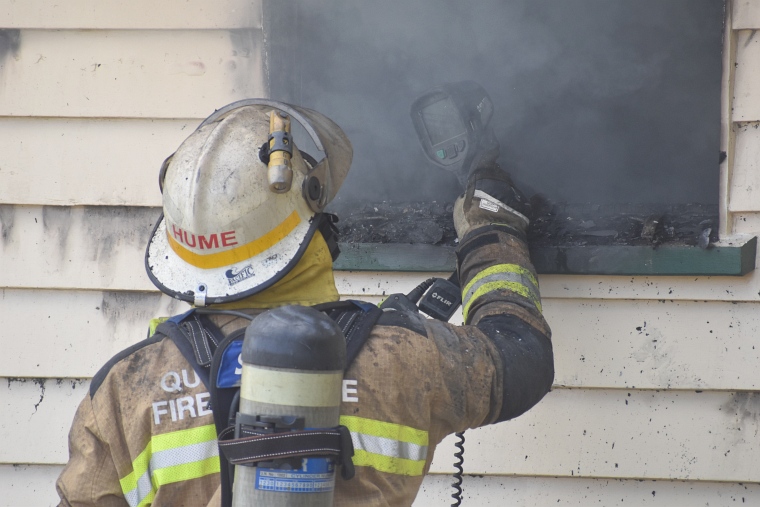 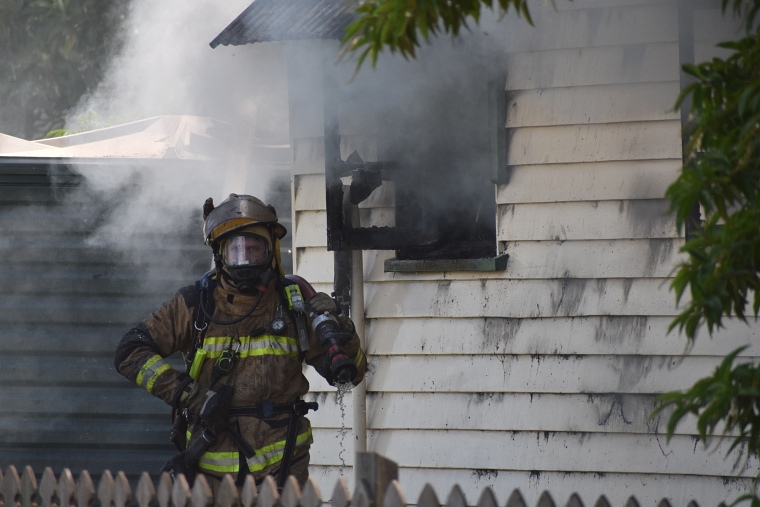