QFES has notified residents there is a large fire burning at Benarkin North.

At 11:45am on Saturday (October 10) there were 18 fire crews at the incident, located near Old Esk Road.

A QFES spokesperson said the fire was posing no threat to property at this time, but fire crews were still working to contain the blaze.

Smoke is affecting traffic on the D’Aguilar Highway and motorists have been advised to drive with caution.

The Brisbane Valley Rail Trail is also closed between Blackbutt and Linville.

UPDATE: At 5:30pm, there were eight fire crews at this incident.

Fire crews are still monitoring the site of a large grass fire which broke out about 7:15pm on Friday near Pryor, Underwoods and Cambridges roads in the Ballogie / Dangore area.

Firefighters worked throughout the night to bring the blaze under control, with the help of backburning and the use of earthmoving equipment.

At 3:00pm on Saturday, a QFES spokesperson said the fire has been contained but crews remained on site. The fire was posing no threat to property.

UPDATE: At 5:30pm, eight fire crews were at the Ballogie fire. Seven crews were also in action at another fire which broke out near Speedwell-Abbeywood Road at Stalworth at 3:30pm on Saturday. 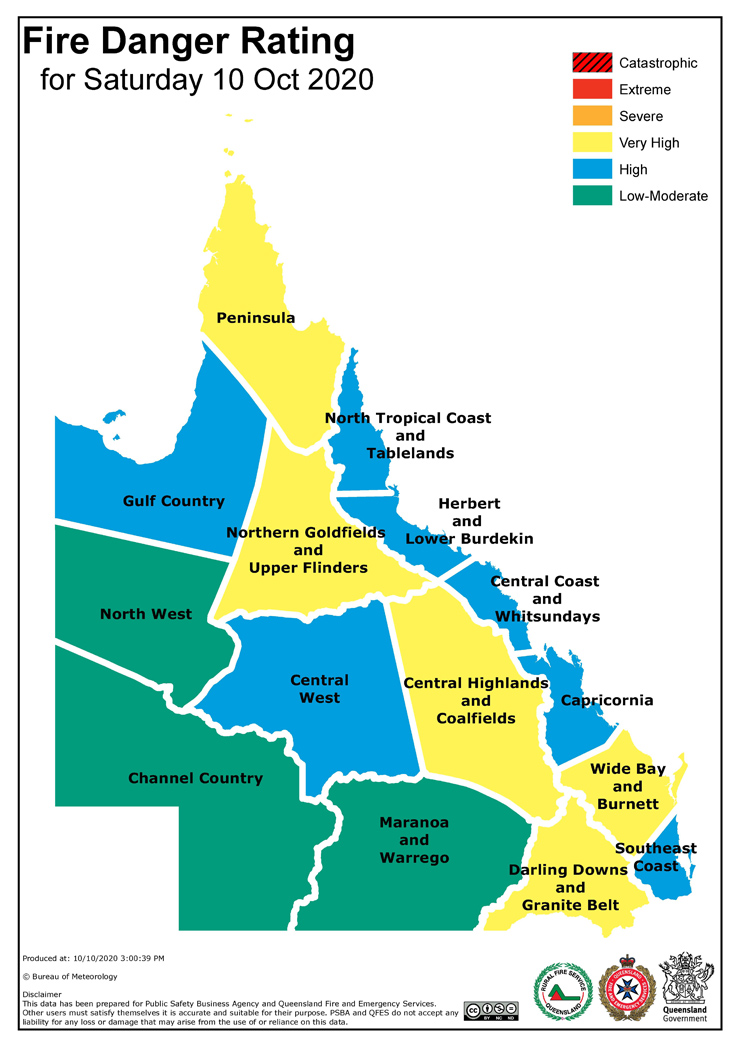 Invite Santa To Visit Your Street!