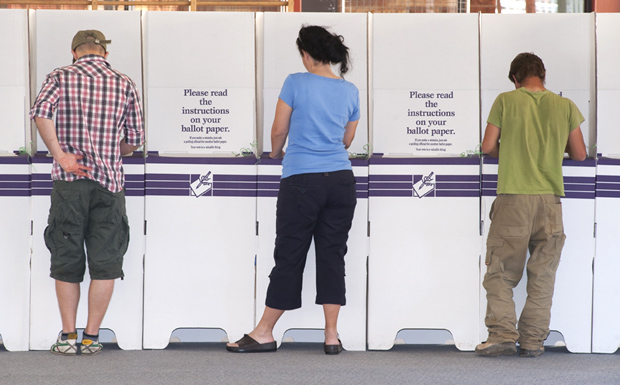 Have you voted yet? If not, the pre-polling booths are still open today and tomorrow … but if you’re planning to head out on Saturday, there’s a few things voters have been asked to keep in mind.

“Vulnerable people”, ie. those aged 60 and over, are being encouraged by the Electoral Commission of Queensland to vote between 9:00am and 11:00am if voting on Election Day.

All other voters are being asked to vote outside these hours …

And everyone at the polling booths should practice the social distancing rules, ie. keep 1.5 metres apart and avoid shaking hands.

Hand sanitiser should be available at the polling booth locations for the use of both voters as well as staff.

You won’t see candidates or their helpers handing out How-To-Vote cards as this has been banned. However, you may still be able to pick up a How-To-Vote card yourself off a static display.

Voters have also been encouraged to BYO pen or pencil with them to vote.

And get in and out of the polling booth as quickly as possible. Don’t hang around to socialise or have a chat … and there will be no cake stalls or “democracy sausages” sizzling outside.

Where You Can Vote On March 28