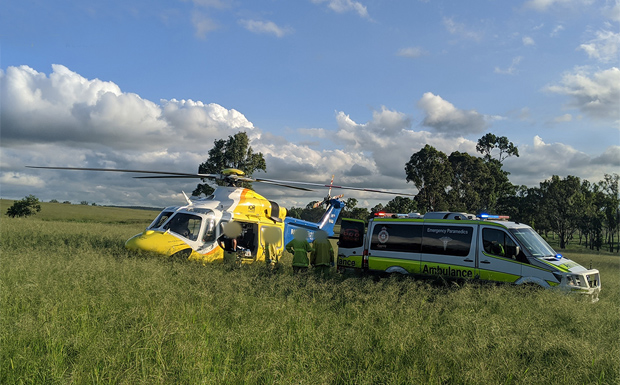 A man aged in his 50s has been airlifted to hospital after a single-vehicle crash at Haly Creek on Tuesday afternoon.

Emergency services were called about 3:45pm after reports a Nissan Navara dualcab had struck a tree on Flagstone Creek Road.

The man was the sole occupant of the vehicle.

QAS paramedics treated the man at the scene before transferring him to the Toowoomba-based RACQ LifeFlight helicopter which landed nearby.

A LifeFlight spokesperson said the man suffered head and limb injuries and was flown in a stable condition to Princess Alexandra Hospital in Brisbane.