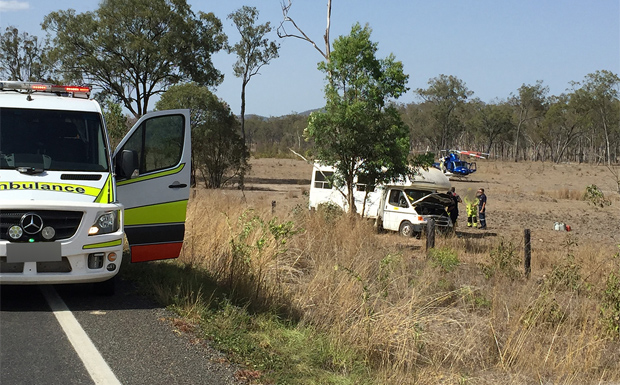 The campervan ran off the Burnett Highway and ended up in a paddock (Photo: RACQ LifeFLight)

A woman aged in her 60s was airlifted to hospital after a single-vehicle crash on the Burnett Highway on Thursday.

The woman was travelling in a large campervan when it left the road and crashed into a paddock near Ban Ban Springs.

The LifeFlight helicopter landed in the paddock near the crash site.

The woman was airlifted to Bundaberg Hospital for further treatment.