The Bureau of Meteorology issued a Fire Weather Warning on Tuesday afternoon for the Wide Bay-Burnett, Darling Downs and Granite Belt, and South-East Coast forecast districts.

At 4:05pm, BOM said hot, dry, fresh and gusty west to north-westerly winds ahead of a surface trough were expected to produce Severe fire dangers for the rest of Tuesday.

This will result in Severe fire dangers in the Darling Downs and Granite Belt, South-East Coast and Wide Bay and Burnett districts on Wednesday.

Locally Extreme fire dangers are also possible in the far eastern Darling Downs and in the western Lockyer Valley. 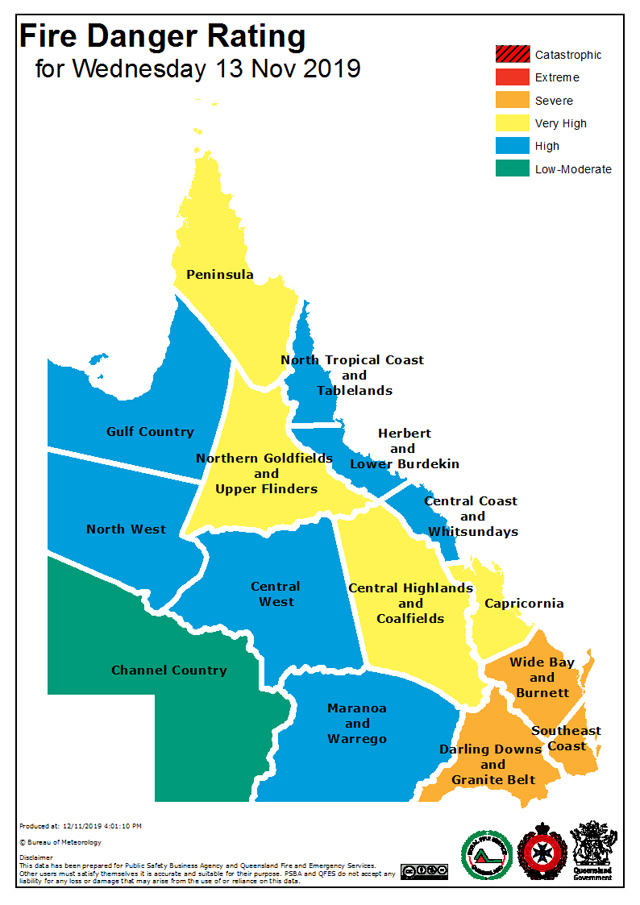