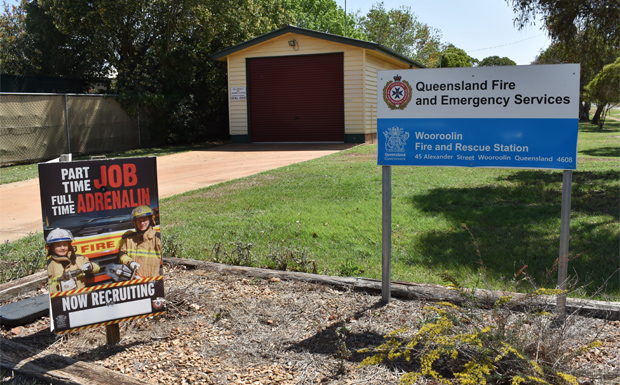 Local MP Deb Frecklington has queried the State Government about what has happened to the proposed replacement of Wooroolin fire station.

But no work has begun on the project, and there was no mention of any allocation in the 2019-20 State Budget.

In a Question on Notice, Mrs Frecklington asked:

“With reference to funding allocated in the 2018-19 State Budget to build a new auxiliary Fire and Rescue Station in Wooroolin in the South Burnett and no works having been undertaken to date, and funding was not listed for a new Wooroolin Station in the 2019-20 Budget – Will the Minister advise if the Wooroolin Fire Station is to be renewed, or whether this funding has been withdrawn?”

Ministers must respond to a Question On Notice within 30 days.