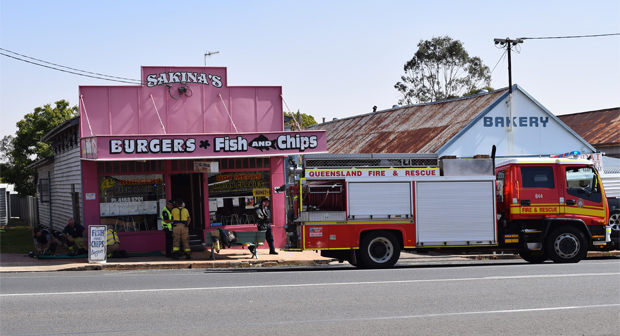 Fire crews rushed to Sakina’s Food in Wondai just after noon on Monday after reports smoke had been seen coming from the building.

The takeaway food shop is located in Scott Street.

Police directed Bunya Highway traffic via a back street while emergency services were at the scene.

Firefighters quickly located the fire and had it extinguished by 12:25pm.

They then ventilated the building to make it safe.

Ashes that fell on to the floor are believed to have started the fire.

No one was injured.