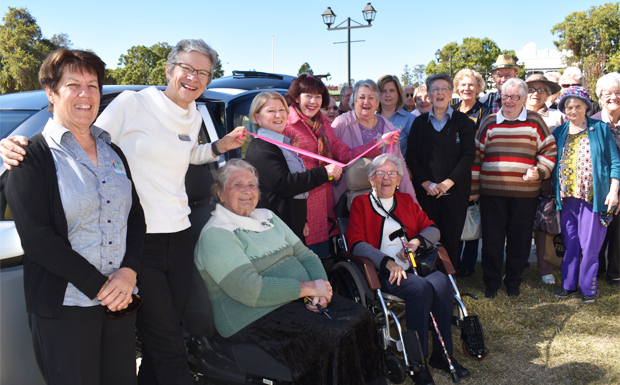 Graham House Community Centre has stepped in to help fill a gap in Wondai created when the town’s only taxi service stopped operating more than a year ago.

The town’s frail aged, people with a disability and people who are otherwise “transport disadvantaged” can now call on help with a special vehicle based in the town.

Murgon-based Graham House has been operating a community transport service for nearly 20 years helping South Burnett residents who have no other way to get to appointments.

People are driven to do shopping, banking, visit the library or local doctors, family and friends, and attend other activities. Transport to medical appointments outside the South Burnett can also be arranged.

The Wondai-based vehicle will now provide this service in a more convenient way to local residents.

It was officially handed over to Graham House Community Transport Services co-ordinator Maree Anderson after a morning tea at the Wondai Art Gallery on Tuesday morning.

The vehicle, a 2005 Toyota Porte hatchback, was bought with the assistance of fundraising by the Combined Churches of Wondai and the Rotary Club of Murgon.

Maree said the vehicle had previously been owned by a Nanango couple, but when the husband died it had come on to the market – and it was too good an opportunity to miss.

The Porte has a specially modified front seat that swings out and then slides and rotates into position, allowing easy access to the vehicle.

“There has been some wonderful fundraising; it has been an unbelievable response,” Maree said.

She urged people who needed transport in Wondai to give Graham House a ring.

There is a small charge for the service, $10 for there-and-back within the town.

“Further afield, it will be a different charge,” Maree said.

The organisation is also looking for more volunteer drivers to help.

“Hopefully we can build a band of volunteers in this town,” she said.

Maree said the vehicle would be important for “community connectedness”, ie. for keeping people involved in the community.

“Visiting friends is just as important as visiting the doctor,” she said. 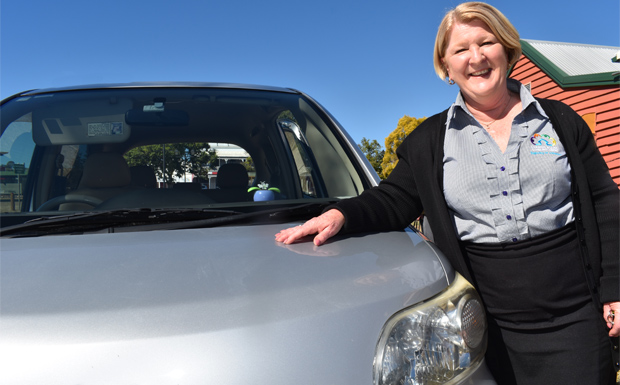 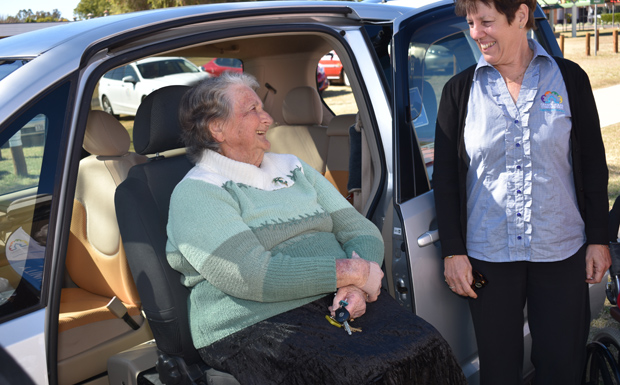 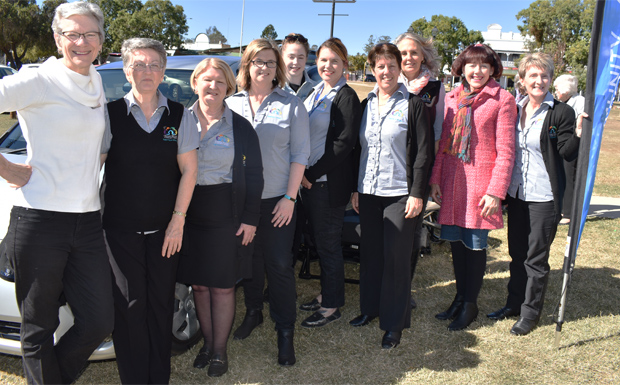