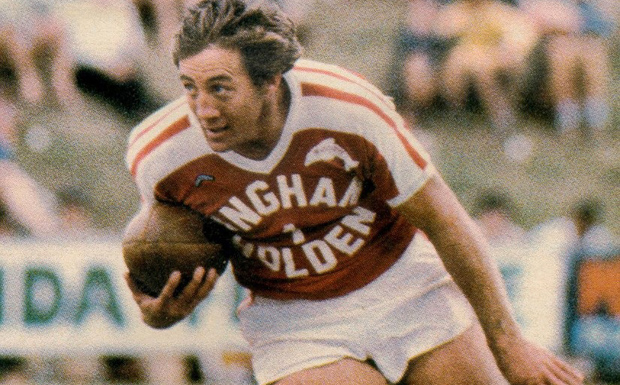 A rugby league all-star who grew up in Blackbutt will be remembered on Friday (July 12) at the Roy Emerson Museum in Blackbutt.

Ian “Bunny” Pearce, the son of a Benarkin forestry worker who went on to play for the Redcliffe Dolphins and Queensland, will be the subject of the Museum’s monthly history morning.

“Bunny” was a speedy fullback and centre who captained the Queensland side in their 1975 clash against the Blues.

He scored all four goals in the first game of the three-match series, helping to deliver an upset 14-8 win over NSW.

While Queensland narrowly lost the next two matches, the 1975 series laid the foundations for State Of Origin and proved that Queensland was the equal of NSW.

Bunny was also the first Redcliffe player to win a prestigious Rothmans Medal.

It was given to the player voted by referees as the best and fairest for the season, and it was awarded to Bunny in 1978.

Sadly, Bunny’s life ended in a car accident in late 1993, which a Dolphins biographer described as “possibly the saddest day in the proud club’s history”.

But former team-mates like Arthur Beetson and Bob Fulton still remember him fondly.

The sportsground in Blackbutt is named in his honour.

Many special guests including Bunny’s widow and former team-mates have also been invited to take part.

It will run from 9:30am to about noon, and is free to attend.

An optional morning tea will also be available for $2.