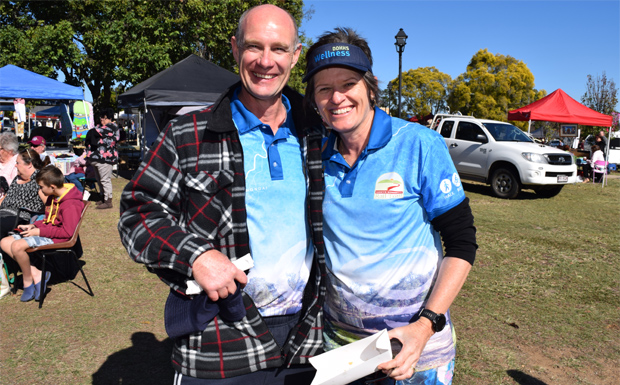 Sean and Liz Nicholson, from Murgon, helped out at the Wondai Country Running Festival and took part in some of the events

A heartwarming event at this year’s Wondai Country Running Festival drew a big roll-up for its first outing, and even bigger applause for participants.

The South Burnett CTC All Abilities Fun Run/Walk was introduced this year to help extend the Festival fun to a section of the community often overlooked in athletics events.

In all, about 40 people lined up to take part.

And once the starter set them off on the 1km course, they were free to walk, run or even ride along the course in a wheelchair.

The aim of the event was completion – not being first across the line – and everyone who finished the course was awarded a handcrafted Wondai Country Running Festival medallion, as well as an ovation from the crowd who gathered to watch Saturday morning’s events.

The Festival kicked off on the South Burnett Rail Trail at 7:00am with a morning parkrun that attracted a healthy field of 82 participants.

It was followed at 8:30am with the first of the day’s “serious” races: four CROW-FM Dash for Cash 1km sprints (for men and women over and under 40) that offered a $100 cash prize for each race winner and $50 for the runner-up, then the All Abilities Race and then a 2km Family Fun Run/Walk that drew 55 entries.

Nearby, in Coronation Park, a bigger-than-usual Wondai Country Markets got under way with 110 stall holders selling everything from pot plants to stuffed potatoes, and curries to chutneys, along with a packed program of entertainment at the Percy Iszlaub Sound Shell.

Those who preferred cycling to running could take part in a relaxed 30km ride from Wondai to Murgon and back overseen by the South Burnett Mountain Bike Club.

And in the afternoon, runners in search of bigger challenges could take part in a 10km foot race through the nearby McEuen State Forest, or relax at a concert held at Wondai’s Town Hall.

On Sunday, the Festival concluded around lunchtime after runners lined up in the early dawn light for their choice of a 10km, 21.1km half marathon or 42.2km full marathon, while cyclists took a ride through the McEuen Forestry.

Festival organisers said they were “very happy” with this year’s attendance numbers, which were bigger than last year, and just as pleased with the weather which stayed sunny and dry throughout the weekend. 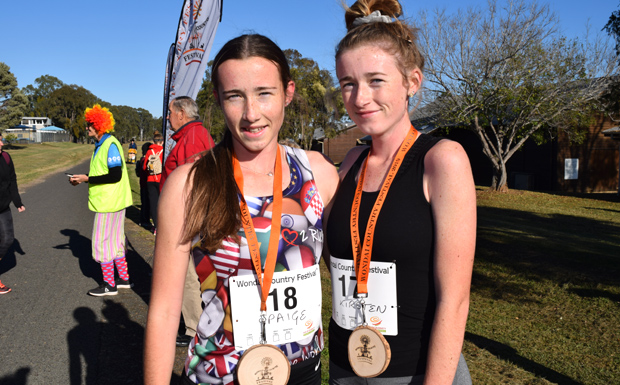 Sisters Paige and Kirsten O’Connor, from Nanango, won the first and second places in this year’s Ladies Under 40 Dash For Cash …and their dad took the top prize in the Men Over 40s race 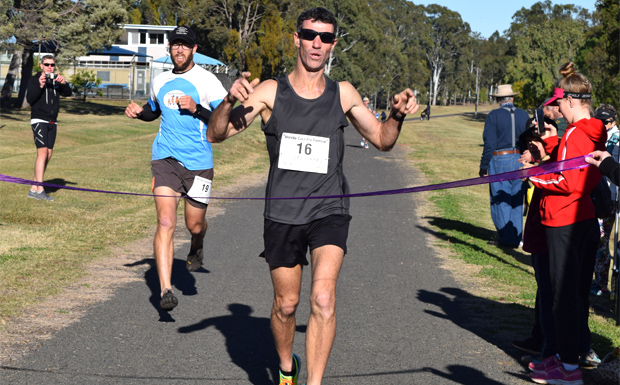 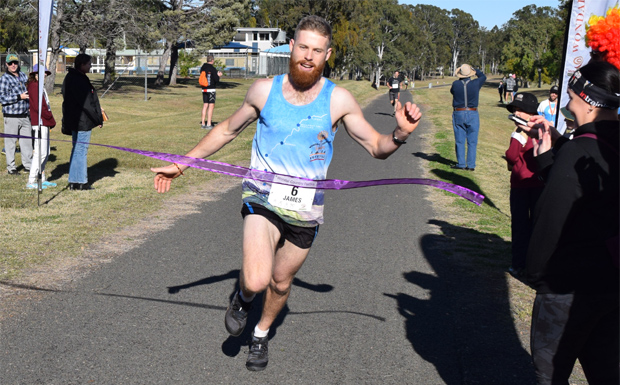 James Maxwell took line honours in the Mens Under 40s race by a healthy margin … at just 2.53.24, his 1km sprint was the fastest of the day 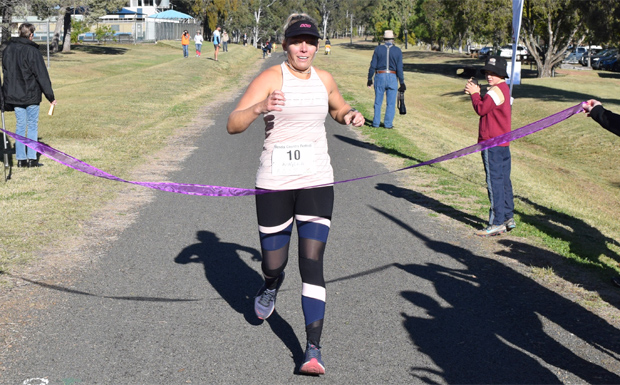 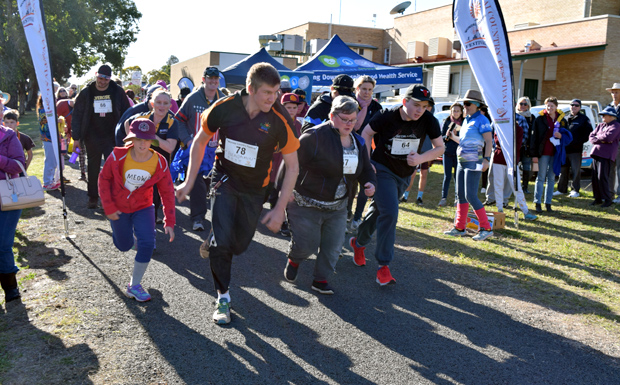 A big crowd of 40 entrants left the starting line for the South Burnett CTC All Abilities Race, where the goal was to complete the 1km course (which everyone did) 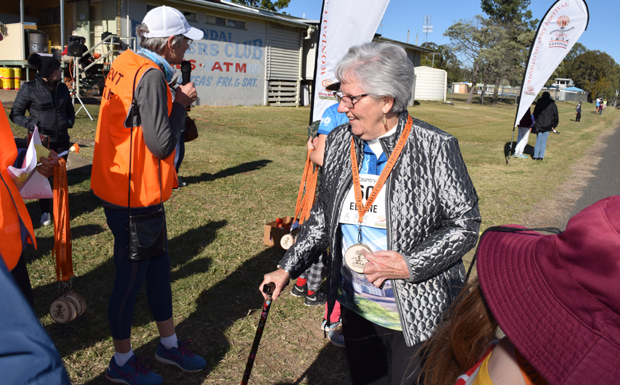 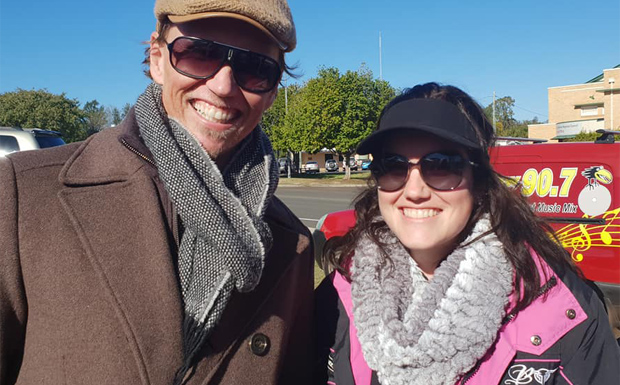 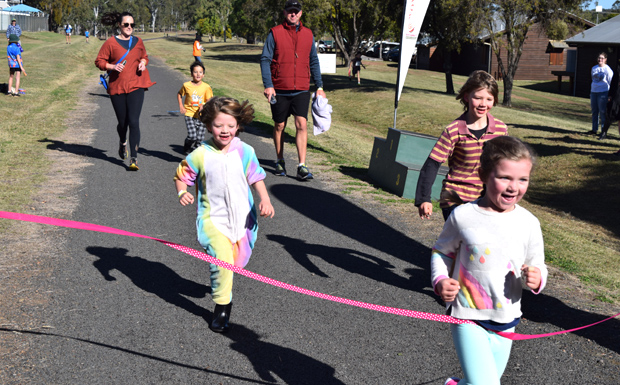 The 2km Family Fun Run/Walk drew lots of participants, including this happy family who crossed the finish line with enthusiasm 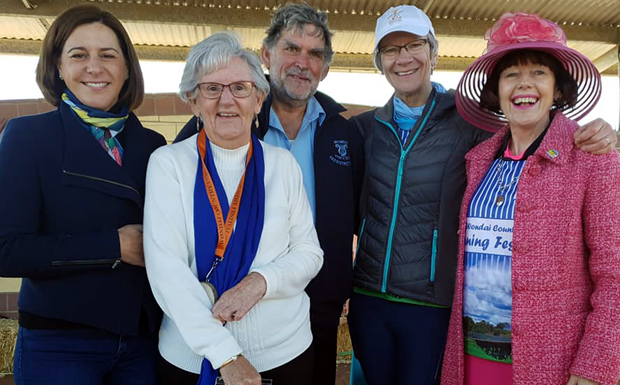 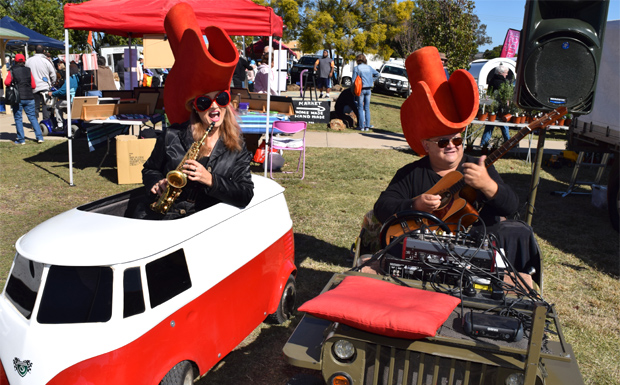 In Coronation Park, the Memphis Moovers kept the crowds entertained with their miniature vehicles and zany antics 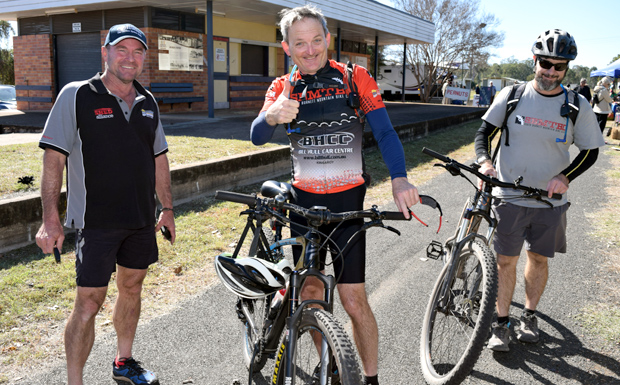 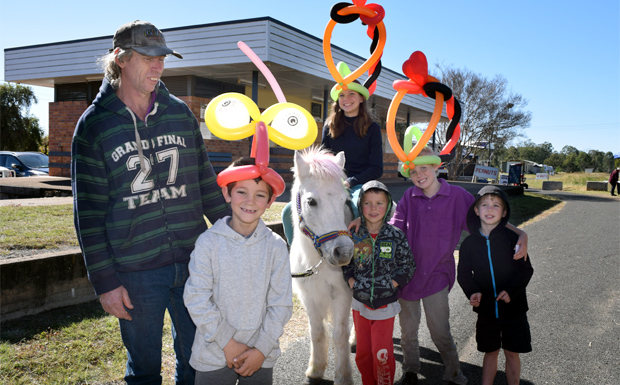