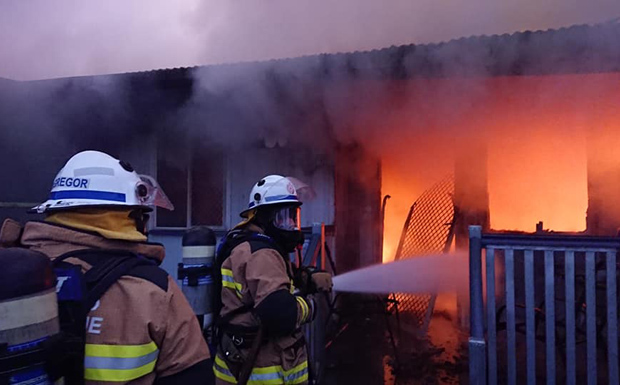 Firefighters found the house engulfed in flames when they arrived (Photo: Cameron Bond)

No one was injured but a house in Douglas Street, Cherbourg, was gutted by fire early on Monday evening.

Fire crews from Cherbourg, Murgon and Wondai were called to the blaze in the lowset building just after 5:00pm.

Firefighters found the building well-engulfed in flames when they arrived.

QAS also attended the scene as a precaution but no one required any treatment.

Cherbourg Fire Station officer-in-charge Cameron Bond said there were four people at home at the time the fire started but all escaped unharmed.

Firefighters had the blaze extinguished by 5:40pm and left the scene about 7:00pm.

They were called back briefly about 9:00pm when a smouldering mattress re-ignited.

The QFES spokesperson said there were no suspicious circumstances. 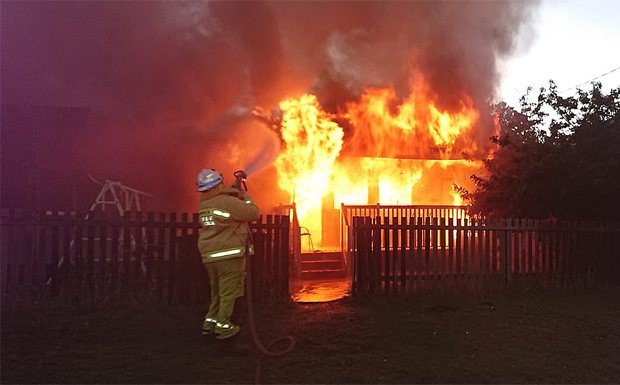 Cherbourg firefighters were met by a devastating sight when they were called to the blaze
(Photo: Cameron Bond) 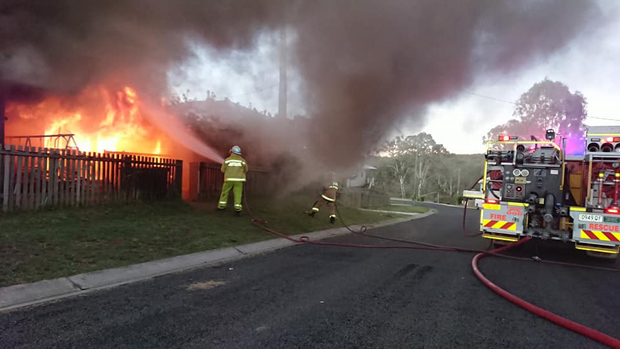 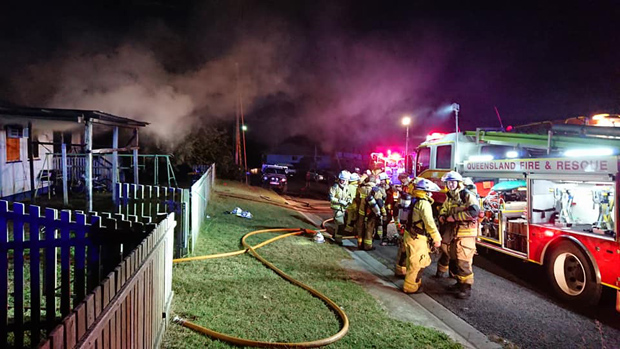 The fire was quickly extinguished but the residence was badly damaged (Photo: Cameron Bond)