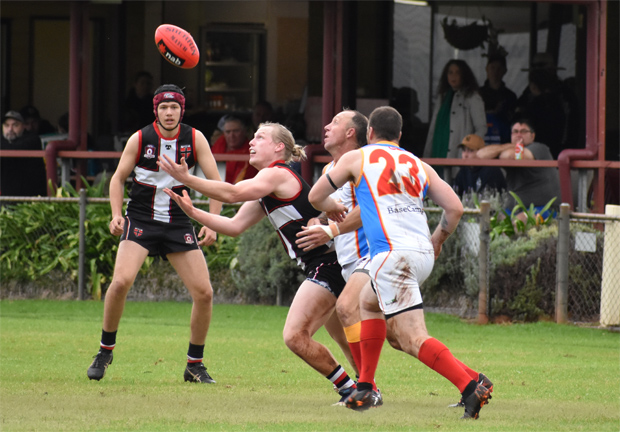 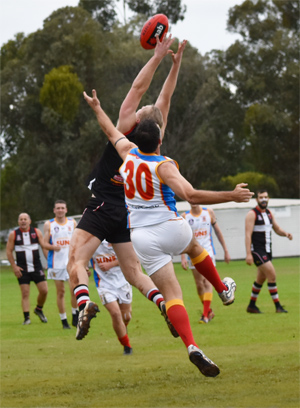 Saints take a mark in front of Chinchilla’s goals

South Burnett Saints have notched up their first win for 2019 with a decisive victory over the Chinchilla Suns in Kingaroy on Saturday.

The showers that had washed over Kingaroy in the morning left Lyle Vidler Oval a little damp but it didn’t slow the home team down.

The Saints had a strong start to the game, peppering shots at the Suns’ goals and leading by four goals at the end of the first quarter.

The win has lifted the Saints off the bottom of the ladder in the nine-team competition. 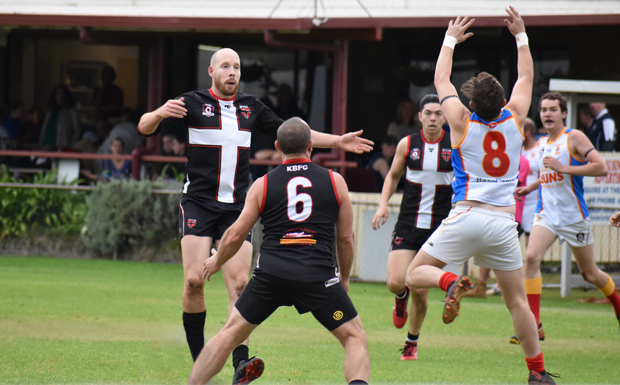 South Burnett Saints women’s team had a promising start to their season with Round 1 being played on Saturday in Toowoomba.

Although they eventually were downed 7.11-53 to 3.2-20 by the South Toowoomba Bombers, the Saints led and the first change and were less than a goal behind at half-time.

After being held in check for three quarters, the home team skipped away in the last to record the four-goal victory.

The next games for both Saints’ teams will be at home at Lyle Vidler Oval on Saturday, May 11 against University.