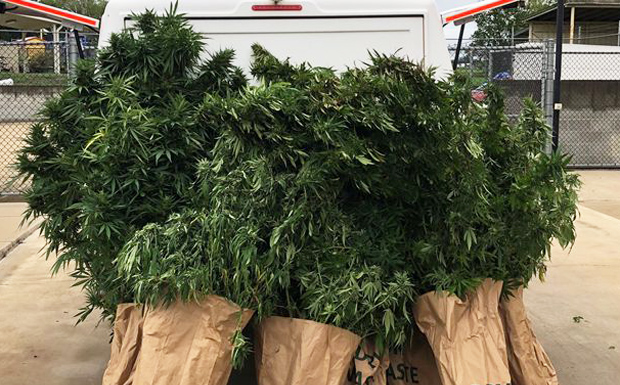 Some of the plants police seized after recent raids in the South Burnett (Photo: QPS)

Police allegedly seized cannabis worth more than $50,000 – and two people have been charged – after raids on Wednesday and Thursday in Murgon, Wondai and Proston.

Police from the Burnett Tactical Action Team executed a number of search warrants and seized numerous cannabis plants from a number of locations.

Detective Inspector Mat Kelly said detectives attached to the South Burnett were committed to stopping illegal drugs entering rural communities and any assistance from the public was greatly appreciated.