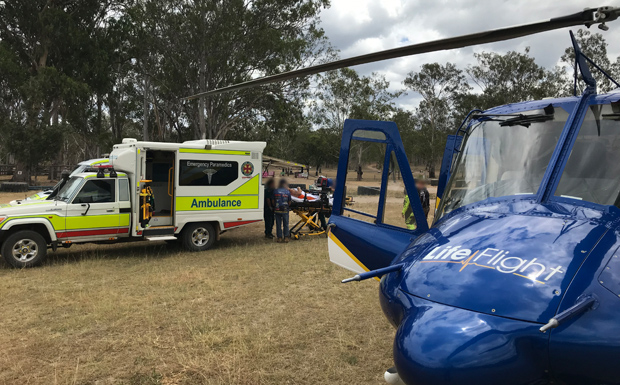 The injured motorbike rider is transferred from the QAS ambulance to the rescue helicopter
(Photo: RACQ LifeFlight)

An injured motorbike rider has been flown from the South Burnett to the Sunshine Coast University Hospital after an incident on Friday morning.

The man, aged in his 40s, suffered chest injuries when he crashed his dirt bike at a recreation park about 11:30am.

Ambulance paramedics assessed him on the scene before the RACQ LifeFlight Rescue helicopter landed.

He was flown to Sunshine Coast University Hospital in a stable condition, under the care of  LifeFlight’s critical care doctor and flight paramedic.