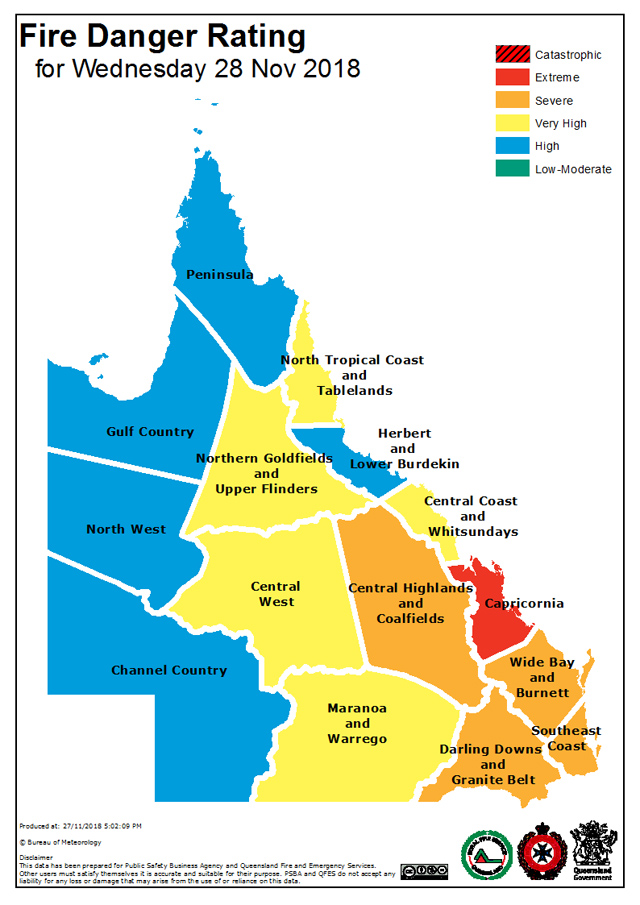 Permits to light fires have been cancelled until further notice in both the South Burnett and North Burnett council areas because of the severe risk of bushfires.

The QFES has also extended its local fire ban to more council areas:

A local fire ban will be in place from 12:01am Wednesday morning until 11:59pm Wednesday night for residents in the Ipswich, Somerset, Lockyer, Logan, Scenic Rim and Gold Coast council areas.

Earlier this week, QFES announced a local fire ban will come into force on Wednesday for all residents of the Toowoomba Regional Council area.

This ban will be in place from 12:01am Wednesday morning until 11:59pm Friday night.

The Bureau of Meteorology has issued a Fire Weather Warning for Wednesday.

A vigorous trough will move east over the State on Tuesday night and through Wednesday.

The very windy conditions associated with the trough will move from western Queensland into south-eastern and central districts on Wednesday, combining with a hot and dry air mass to result in elevated fire dangers.

Extreme Fire Danger is forecast on Wednesday for Capricornia.