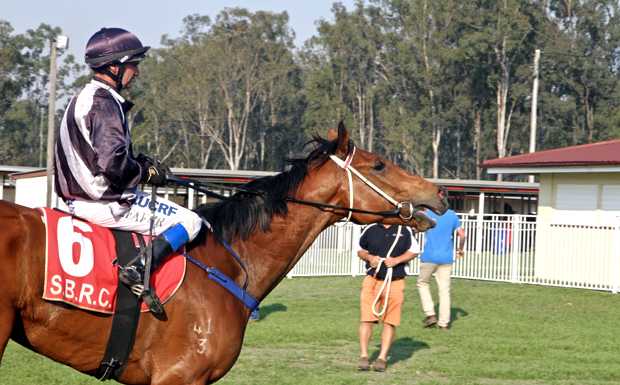 Cooee March (Robert Faehr), the 2018 Wondai Cup runner-up, strides back into the mounting yard after his run on October 20 (Photo: Ross Stanley)

The bond between man and horse has found various expressions through the ages.

The centenary of the armistice that ended The Great War has recently been marked with wide-ranging ceremonies around the globe.

Many folk during this period no doubt reflected on the pivotal role played by Australian warhorses, notably the Walers.

Whilst Cooee March, the runner-up in last month’s Wondai Cup, is not connected to front line action, the source of its name is worth exploring.

It refers to a recruitment procession that grew as it trekked from Gilgandra to Sydney in 1915.

As the group passed through townships, the call of “Coo-ee” was made to encourage others to join the journey to the capital’s enlistment office.

That venture, which reportedly built to around 300 participants from 20 or so at barrier rise, inspired a Queensland version with the Dungarees walking from Warwick to Brisbane.

Cooee March (the thoroughbred) is certainly a type of wayfarer.

The Dane Shadow gelding, having competed at Corfield and Mount Isa in August, returned to its Griffith base. After three outings in the home district, the five-year-old headed north again.

A Sunshine Coast appearance preceded his second placing in the Burnett, with a victory and a third at Gladstone.

The bay holds a nomination for Gatton’s meeting on Thursday.

The Order of Australia Medal recipient has bred and raced horses with military-themed monickers.

The multi-faceted benefactor’s black livery with grey diagonal stripes has been carried by Shellscrape, Counterattack and Red Tracer, the stakes-winners produced by his Snippets mare Kisma.

Grimish also owns a number of performers with the word Invictus in their names. 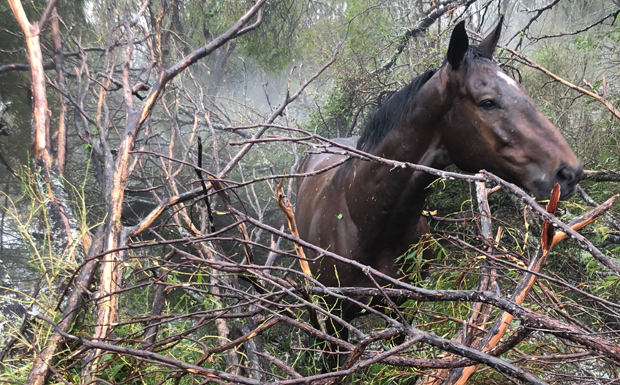 “The storm was insane. Hail smashed out the house windows and then dented the fridges on the opposite side of the room,” Hannah said.

“I found roof tin hundreds of metres away from the buildings they’d been on.

“Dad and I went out to check all the horses immediately after the storm.

“Orleans and Kartanup had been in the stables which were blown apart. They had galloped ahead of the wind and ended up in a scrubby area with all the trees collapsed around them. Neither could move at all.

“We couldn’t find them originally and it was only when I started calling them and they neighed back that we could locate them.

“Both were very calm while we broke through and rescued them.

“We were extremely lucky – onnly one of our nine horses was hurt.

“Sadly, other horse owners nearby were in the awful position of having to shoot badly injured horses who couldn’t be euthanised as vets couldn’t access the area.” 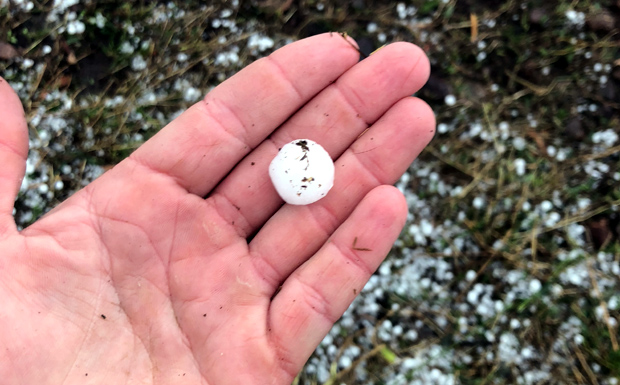 Some of the hail that fell on Phillips’ farm during the October storm (Photo: Hannah Phillips)