Vote Now For The Big Peanut! 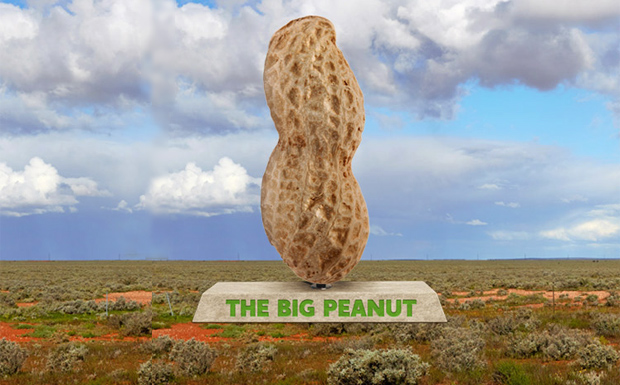 The Big Peanut … vote online as soon as possible to make it a reality (Photo: Wotif) 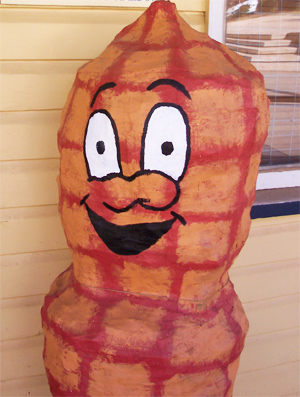 Okay … it’s time to get serious and start voting! Time is running out for Kingaroy’s Big Peanut to become Australia’s “Next Big Thing”.

The Kingaroy Big Peanut is a finalist in travel website Wotif’s “Next Big Thing” competition.

It’s competing against fellow Queensland finalist, the Big Melon in Chinchilla, and NSW entrants, the Big Tulip in Mittagong, and the Big Kilt in Glen Innes.

The winner of the “Next Big Thing” will be chosen by popular vote and is planned to be built and unveiled by the end of the year.

A site near the Kingaroy Bowls Club has been chosen for the location.

But voting closes at noon on October 9, ie. next Tuesday!

The fact the Big Peanut has made it through to the finals of the national competition means the chances of it becoming reality are getting much stronger.

On Friday, Wotif announced the Big Peanut had received the most votes in the past 24 hours, but would not let on which “big attraction” was in the lead.

The Kingaroy Big Peanut Committee, which has been promoting the idea for months, is now asking for everyone’s help – and vote – to make their dream come true.

The finalist with the highest number of votes will win.

(As a bonus, voters also have the opportunity of winning $2000 towards their next Wotif holiday.)

Member for Nanango Deb Frecklington has already thrown her support behind the project, saying a Big Peanut would be the perfect way to acknowledge the region’s history.

“Peanuts are part of the Australian culture, from their place on the bar at the local pub, to a standard snack while watching any sporting match,” she said.

“The Big Peanut will represent the place the peanut holds in Australian culture, and the history of nut growing in Kingaroy and the South Burnett.”

Wotif Managing Director Daniel Finch said the company wanted to “give back to the people that have helped Wotif evolve: destinations, tourism providers and travellers”.

“What better way to do this than by giving Australia something synonymous with the tourism landscape, and which all Aussies love, the ‘Next Big Thing’?,” he said.

“With more Aussies opting to travel locally and domestic travel predicted to grow by 21 per cent over the next 10 years, our decision to give Aussies just another reason to discover their own backyard is something we feel passionate about.” 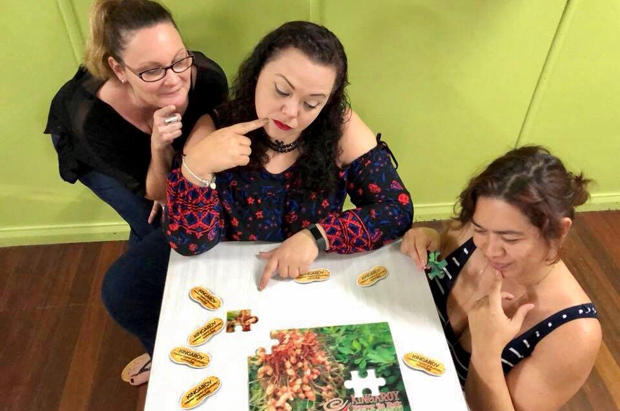 Kingaroy Needs a Big Peanut Committee members Susan Harvey, Kristy Board and Abigail Andersson are puzzled as to why Kingaroy doesn’t already have a big peanut (Photo: KNABP)

One Response to Vote Now For The Big Peanut!