Saints Miss Out On Finals Berth 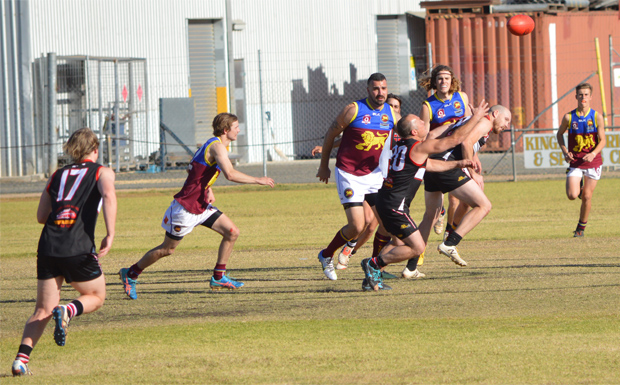 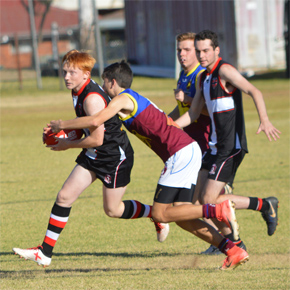 South Burnett Saints have missed out on a spot in the AFL Darling Downs final series despite trouncing Highfields by 85 points on Saturday in Kingaroy.

The Saints finished the regular rounds with 40 points – the same as South Toowoomba and Warwick, but behind them on for / against.

This left them in fifth spot on the ladder.

Unfortunately, only the first four teams went through to the Qualifying and Elimination finals which will be played this weekend in Toowoomba.

The Grand Final will be at Rockville Park in Toowoomba on Saturday, September 8.

Saints women will be in action on Saturday at Heritage Oval in Toowoomba in the Elimination final.

Despite only notching up two wins for the season, the women were always assured of a Finals spot in the four-team competition.

The Saints will be taking on third placegetters South Toowoomba.

The winner of this game will go through to the Preliminary final which will be played at Rockville Oval on September 1.

The South Burnett Saints’ end-of-year celebration and trophy presentation evening will be held at the Carrollee Hotel on September 15 from 5:00pm.