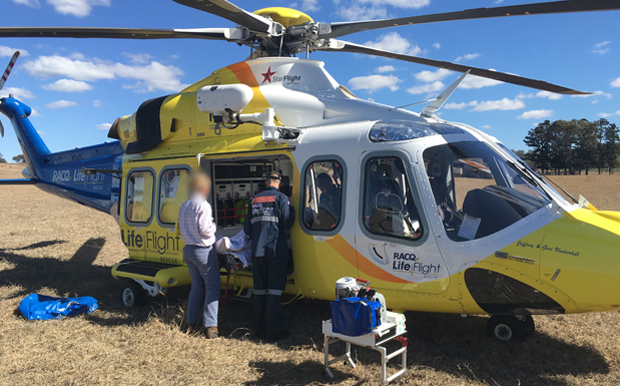 The injured man is loaded on to the medevac helicopter on Monday (Photo: RACQ LifeFlight)

A man is recovering in hospital after suffering multiple injuries when he fell from his horse about 11:30am on Monday.

The rider, who is in his fifties, was herding cattle on a property south-west of Kingaroy when the incident occurred.

The Sunshine Coast-based RACQ LifeFlight helicopter landed nearby where it was met by an ambulance crew who had transported the injured man from the accident scene.

He was airlifted to Sunshine Coast University Hospital in a stable condition.