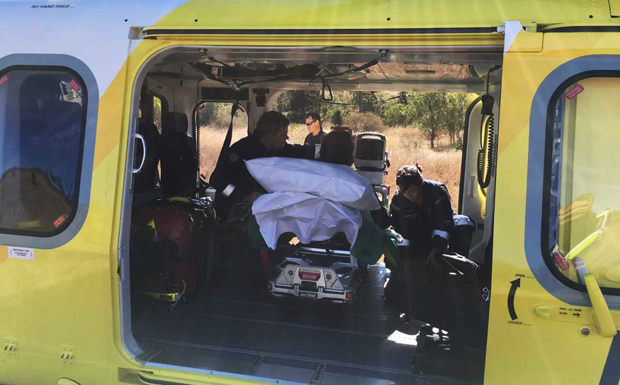 A man aged in his mid-50s has been flown to Toowoomba Hospital with suspected head injuries after falling from a motorbike in the Cooyar area.

The Toowoomba-based RACQ LifeFlight Rescue helicopter landed near the dirt road where the incident occurred about 10:30am on Sunday.

The LifeFlight aeromedical crew treated the man at the scene with help from ambulance paramedics.

The man was stabilised for flight and airlifted to the Royal Brisbane and Women’s Hospital. 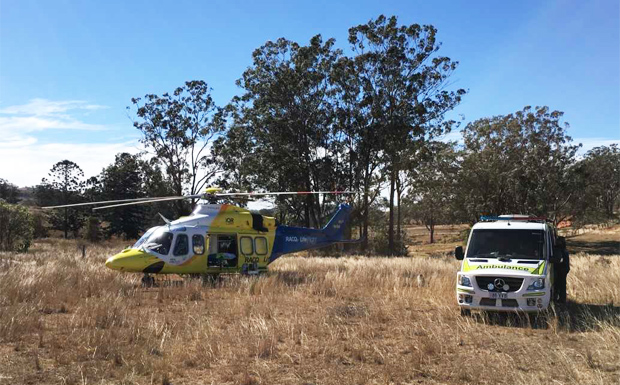 The LifeFlight helicopter landed near where the incident occurred (Photo: RACQ LifeFlight)