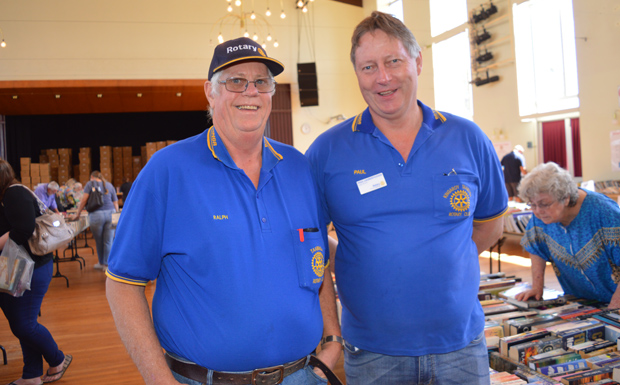 Taabinga Rotary Club has begun planning for its 10th annual Bookarama sale in Kingaroy … and it’s looking for books!

The annual book sale, which raises funds for charities, will be held at the Kingaroy Town Hall on the second weekend in September.

“During the year, we collect donations of books to use at the book sale,” club spokesman Paul Laurentiussen said.

“The proceeds from the sale is used predominantly in the South Burnett.

“From last year’s event, most of the funds raised went into projects for the South Burnett, including Proston Men’s Shed, South Burnett Pantry and LifeFlight.

“The support that the club has had to the book sale over the last 10 years by the people of the South Burnett has been fantastic. However, we need books!”

Donations of books can be left at: