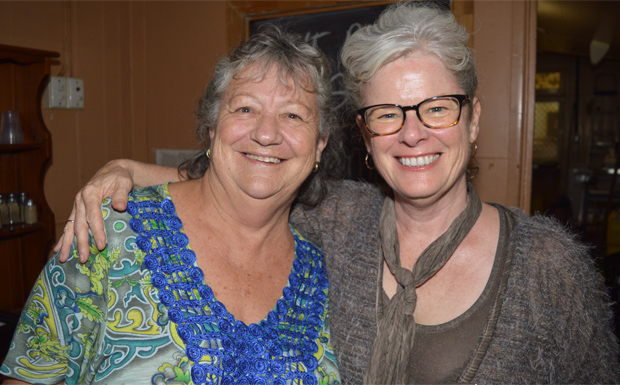 Jane Erkens, from Nanango, and Alison Bell, from Brisbane are two of the main movers and shakers behind the twice-yearly musical event in Maidenwell

Maidenwell’s twice-yearly folk gathering at the local pub attracted a good crowd earlier this month, despite it clashing this year with the annual Wine and Food in the Park Festival in Kingaroy.

The “gathering” is just that … small groups spontaneously gathering on the rear verandah and decks of the Maidenwell Hotel for mini jam sessions.

Some musicians even wend their way down to Coomba Falls for an en plein air experience.

The musicians started arriving at the pub on the Friday, setting up camp around the building.

Most stayed and played until Sunday afternoon.

On Saturday night, a free blackboard concert was held in the dining room, which pub patrons watched as they enjoyed their meals.

The next folk gathering at the Maidenwell Hotel will be held on October 5-7. 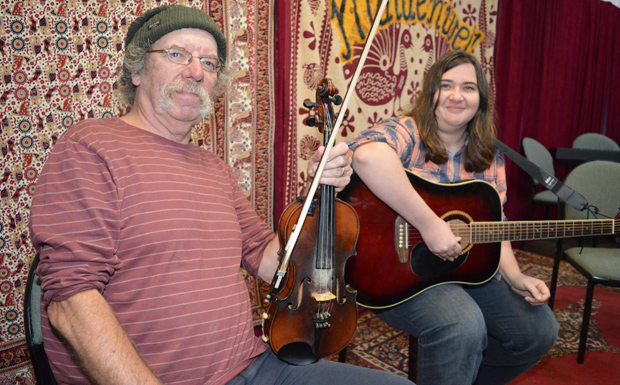 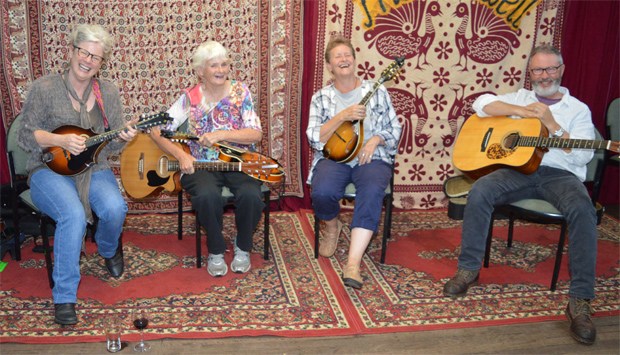 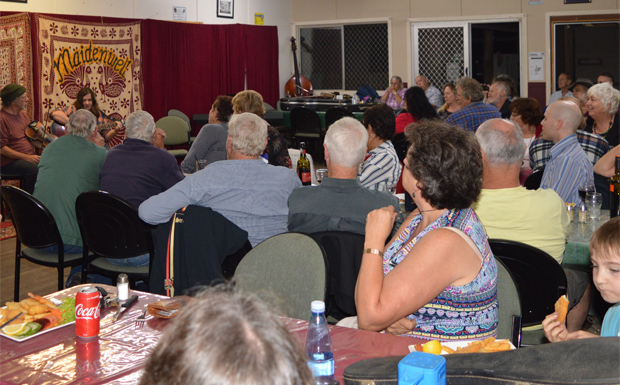