United Make It Three Out Of Three 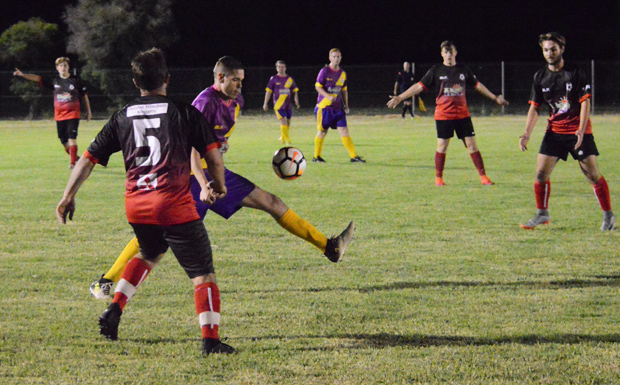 South Burnett United continued their impressive winning streak in the Toowoomba Championship soccer competition at the weekend, with a 9-1 defeat of the Dalby Tigers.

This is the team’s fourth cricket score win a row, if you include their pre-season trial match victory 7-1 over the Chinchilla Bears.

In Round 1 of the actual competition, United defeated the fancied USQ Championship Men 9-1 in Toowoomba.

Then in Round 2, United defeated Rockville Rovers 4-0, also in Toowoomba.

United’s first home game of the season was played against the Dalby Tigers in Kingaroy on Saturday, slotted in between the Gunners v Wests women’s and men’s matches.

The South Burnett side was again dominant, overcoming the visitors before an enthusiastic home crowd.

Next weekend, United will be back on the road, heading to Toowoomba to take on Willowburn. 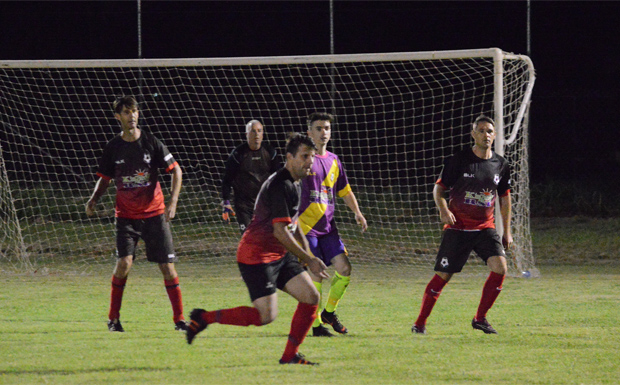 Round 1 of the new-look local South Burnett soccer competition was played on Saturday in Kingaroy and Wondai.

The Panthers are without their long-term coach Lauren Mangan who is now the force behind the South Burnett United team, so this year’s competition looks to set to be much more closely fought

In Kingaroy, Wests 4 defeated Gunnettes 0 in a strong start to the season.

Gunners reversed the result in the men’s game – played under lights – downing Wests 3-1.