Do You Recognise These Players? 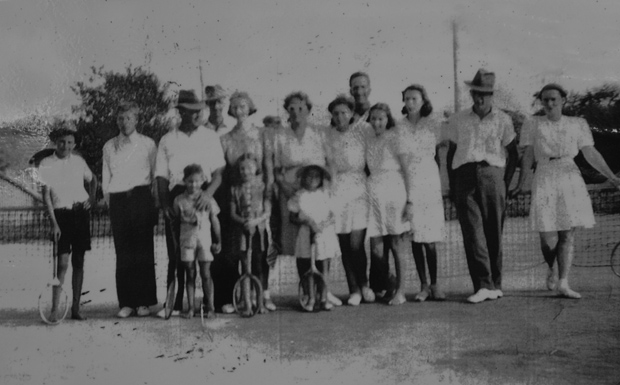 The old photograph of tennis players, believed to have been taken at the Nukku court

Do you recognise any of the tennis players in this old black and white photograph? Or can you remember the occasion on which it was taken?

Then the Blackbutt and District Tourism and Heritage Association (BDTHA) would love to hear from you!

The original photograph is on display at the association’s museum, Nukku Nook in Blackbutt, alongside a display dedicated to tennis legend Roy Emerson who grew up in the region.

The photo was given to the museum by Roy’s sister, Hazel Stewart.

It is believed to have been taken at the old Nukku tennis court, possibly during the 1950s or early 1960s.

Anyone with information should contact BDTHA secretary Jackie Ross on 0438-785-009.