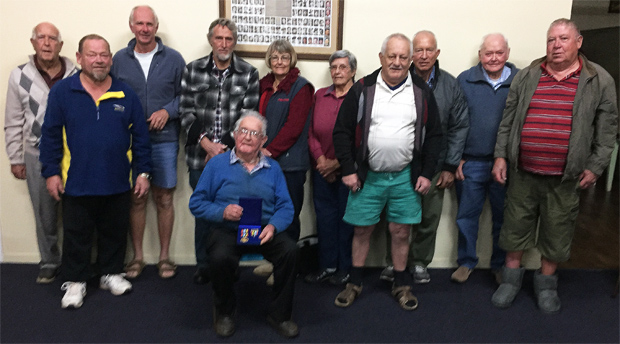 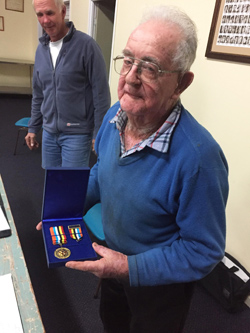 The South Korean Government has struck the medal in recognition of the service of Australian soldiers who served in Korea during the often-forgotten Korean War.

Almost 17,000 Australian soldiers served in Korea as part of a United Nations multi-national force; 340 were killed, more than 1216 wounded and 29 become prisoners of war.

Mr Joseph, who served with the 3rd Battalion RAR, was presented with his medal by Yarraman Sub-Branch president Terry Reid.

Don was wounded in 1953 during his service in Korea.

Mr Reid said Don had helped to raise funds for the Sub-Branch welfare fund for many years by selling badges on Anzac and Remembrance Days.

Mr Joseph thanked the Korean Government for recognising his service.

“Maybe we have not been forgotten after all,” he said.