A Friendly Invitation At Proston 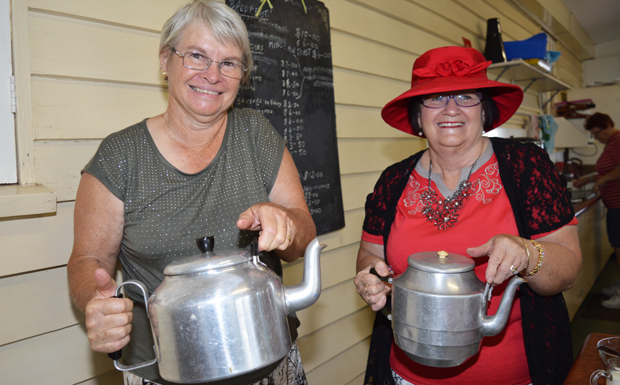 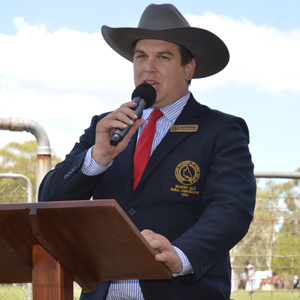 An invitation has been issued to the young people of the South Burnett … demonstrate your passion and get involved in your local agricultural show.

The challenge came from Justin Matthews, who officially opened the 59th Proston Show on Saturday.

He then went to the Brisbane Exhibition where he took out the Queensland title.

Justin will now compete against other State winners for the National title at the 2017 Geelong Show in October.

His passion for agriculture has taken him far, and that was the message he wanted to share at Proston.

He said the young people who were competing in the ring or the pavilion competitions had a passion for what they were doing.

“I issue a challenge to these young competitors to show that passion and develop it into other things in future,” he said.

The Proston Show also marked a farewell for local MP Jeff Seeney, who has announced he won’t be re-standing for Callide. New electorate boundaries have also moved Proston out of Callide.

Mr Seeney said he had been attending the Proston Show since he was elected,  but next time he would be sitting in the grandstand rather than with the official party.

The Proston Show always has a strong cattle competition, and 2017 was no exception.

Steward Michael Duff said 150 head were entered in the Stud Beef competitions, including more British breeds than have been entered for 20 years.

Some new breeds also made their debut.

The 2017 Supreme Champion was a 13-month-old Limousin heifer from the Sowden family’s Five Star Limousins in Kingaroy. 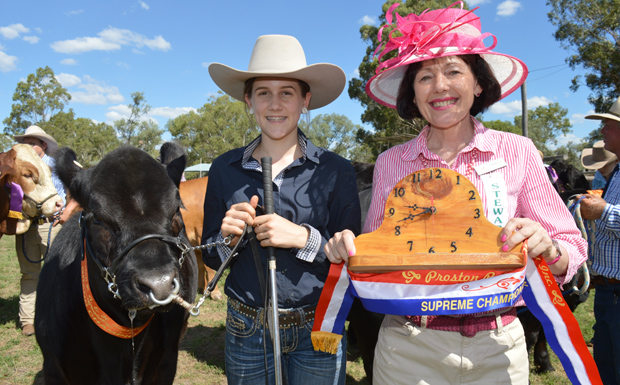 Five Star Dark 'n' Delicious took out the Junior and Grand Champion European Female titles and then was sashed Supreme Champion Exhibit of the Show ... Lannah Sowden, from Five Star Limousins in Kingaroy, is pictured with South Burnett Deputy Mayor Kathy Duff who presented the stud with a clock trophy and the Supreme Champion sash 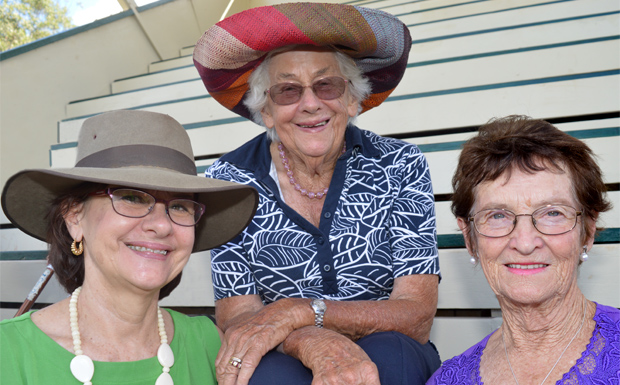 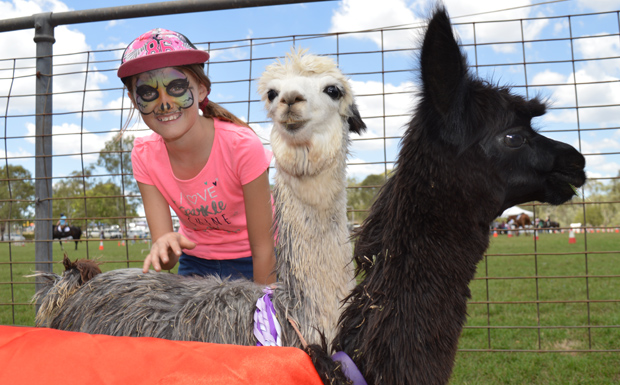 Jessica Jackson, from Proston, was making friends with these two young alpacas, Frosty and Shadow 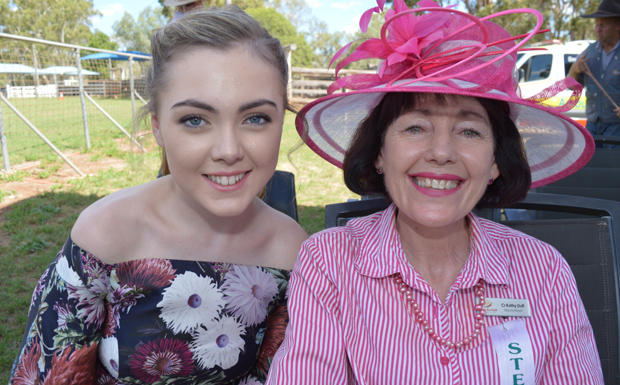 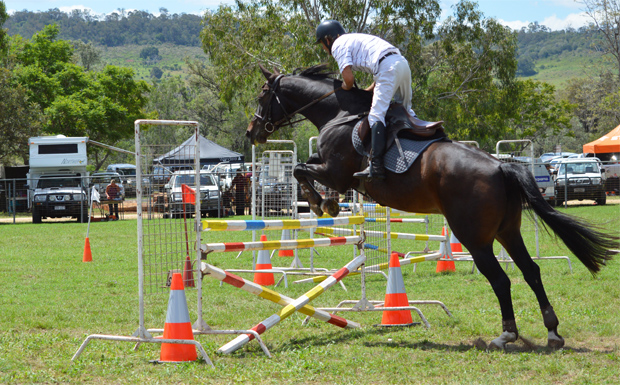 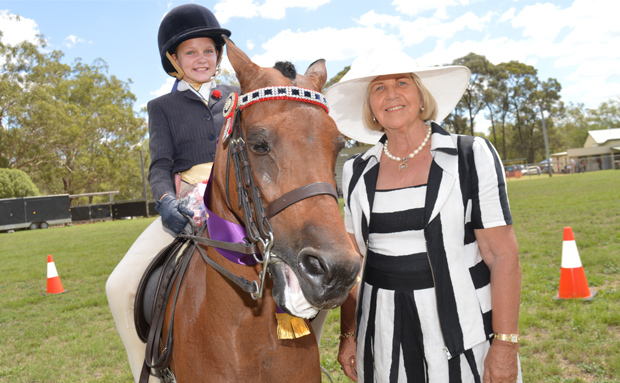 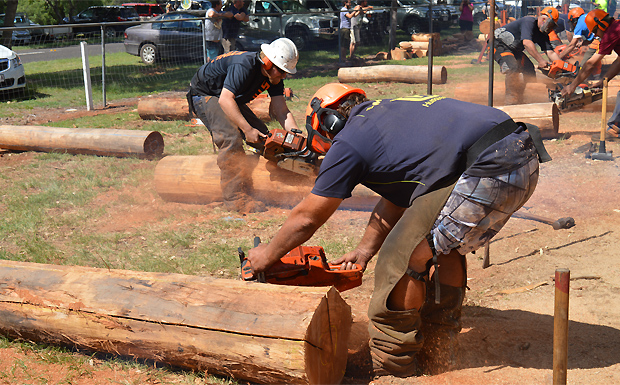 It was a ripper local show ... especially in the chainsaw arena 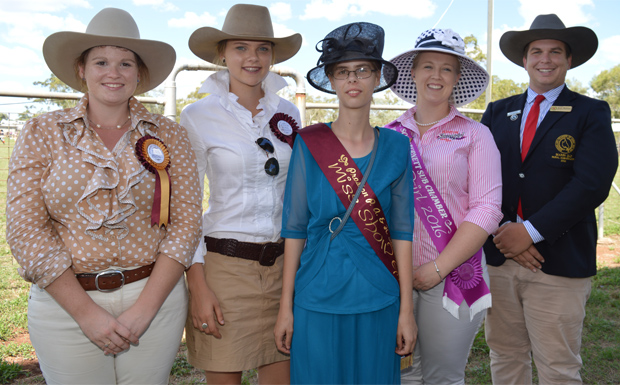 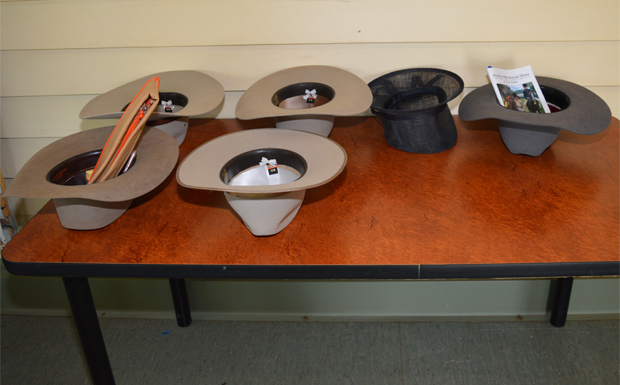 How country is this? The Akubras (plus one dress hat) had their own table in the Luncheon Pavilion