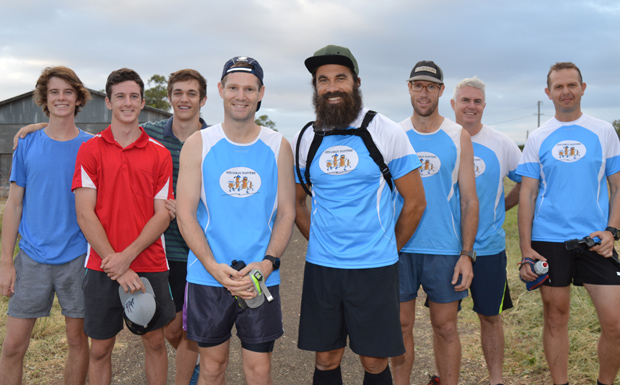 It’s not every day that a South Burnett resident gets to share a Valentine’s Day date with a national celebrity … especially when the date involves running 15km when most people are still asleep.

This means he’s now the proud owner of a Garmin device which can calculate the distance he runs as well as his speed, time and heart rate.

But it also meant he won a Valentine’s Day “date” with the company’s “Running Man” Drew Willis.

“Running Man Drew” has built up a national following on social media thanks to various runs and challenges set by Garmin.

Scott, who is a teacher at St Mary’s Catholic College in Kingaroy, elected to share his “date” with Drew with three Year 12 students from his school as well as some friends from the Kingaroy Nutters running club.

The group met at Wooroolin early on Tuesday morning to try out a stretch of the South Burnett Rail Trail.

They ran from near the old Wooroolin grain sheds to past Tingoora and then turned and retraced their steps.

Scott’s wife Racheal didn’t seem to mind her man was “stepping out” with another gent on Valentine’s Day.

In fact, the couple sealed the date with Drew in the nicest way possible … before the runners took off, the couple’s daughter Ava, 2, presented him with a long-stem red rose. 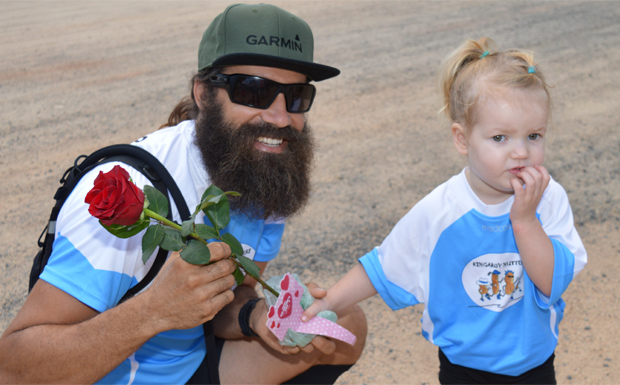 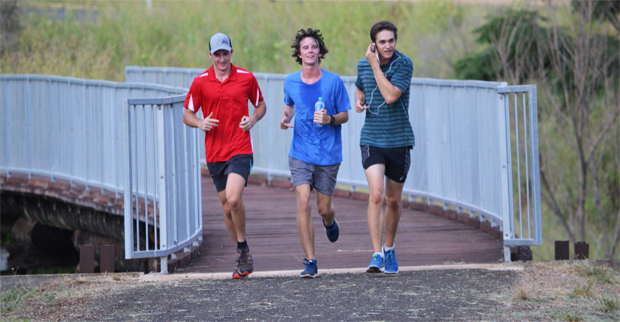 The St Mary's students were first off the Tingoora Bridge ... from left, Todd Binding, Ben Nicholson and Rob Veivers 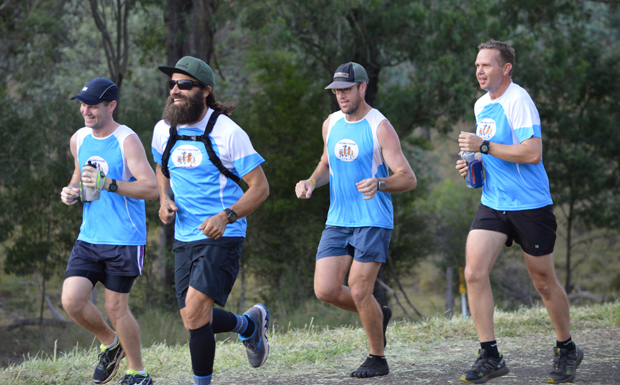