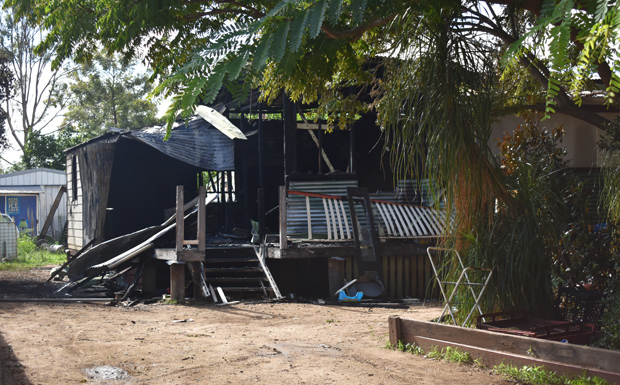 Police are treating as suspicious a fire which badly damaged a house in Burnett Street, Kingaroy, early on Monday morning.

Police and QFES fire investigators have been called in to determine the cause of the blaze.

The site was under police guard on Monday until they arrived.

The lowset home was unoccupied at the time and no one was injured in the incident.

The most recent tenants moved out several weeks ago and the owner is believed to be currently imprisoned.

A QFES spokesperson said four fire crews were called to the blaze at 4:15am.

Firefighters managed to contain the blaze to the one building, preventing major damage to nearby properties.