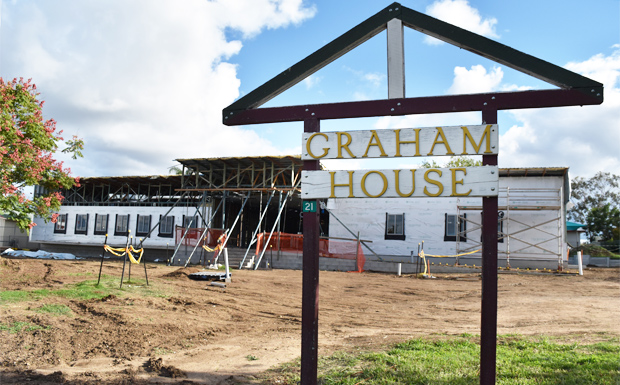 FLASHBACK: The Graham House construction site in April … services will re-open in  the new complex in Taylor Street East on August 13

Graham House is on the move … back to the new building which has been constructed at its old location in Taylor Street East in Murgon.

The community centre has been operating out of the Murgon Courthouse building while its new $2.86 million complex was being built.

But that will all change next Thursday (August 8) when the removalists begin the task of shifting everyone and everything back to Taylor Street East.

The move means Graham House’s transport service, community centre and Centrelink services will not be available next Thursday or Friday (August 8-9).

But everything will be back to normal – at the new “old” location – on Tuesday, August 13 (Monday is the Ekka public holiday).