Byron Was Brave And Shaved 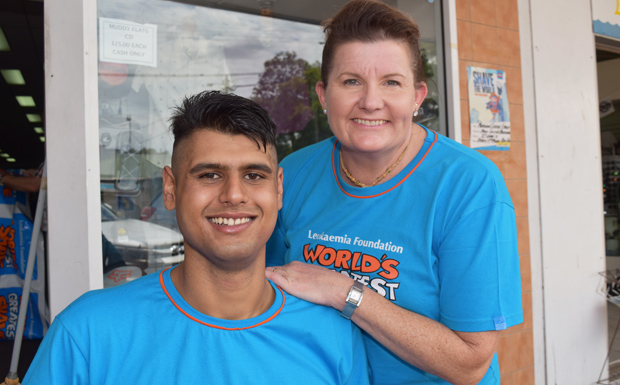 The area outside Mark Smith’s Menswear was abuzz with the sound of shavers and the hiss of spray cans, all wielded with skill by Alicia Pidgeon from Alicia’s Spa and Hairworx.

Alicia’s a pro when it comes to the Leukaemia Foundation fundraiser as she’s taken part in it just about every year since it began.

“I reckon I have done most of the 20 years,” she said. “I have done it in the street here, at the high school and at the CROW-FM studios.”

CROW-FM were a sponsor again this year, with announcers Shaz Birkett and Chantal Harth cooking up a sausage sizzle to raise extra dollars.

As well as shaving and colouring, there was a lucky number raffle and spray-on tattoos to raise extra dollars.

The main “victim” for the event was Murgon resident Byron Begeda who had spent the past three months growing and grooming a very respectable beard and moustache.

Alicia had these whipped off in minutes.

But then it came to the hair … which Byron was a bit more unsure about (especially when he felt the wind on his face for the first time for ages).

However, a quick whip around, including a donation from Mark Smith, meant at least some of the hair had to go, too.

Alicia ended up leaving Byron with a neat little mop on top, which kept everyone smiling. 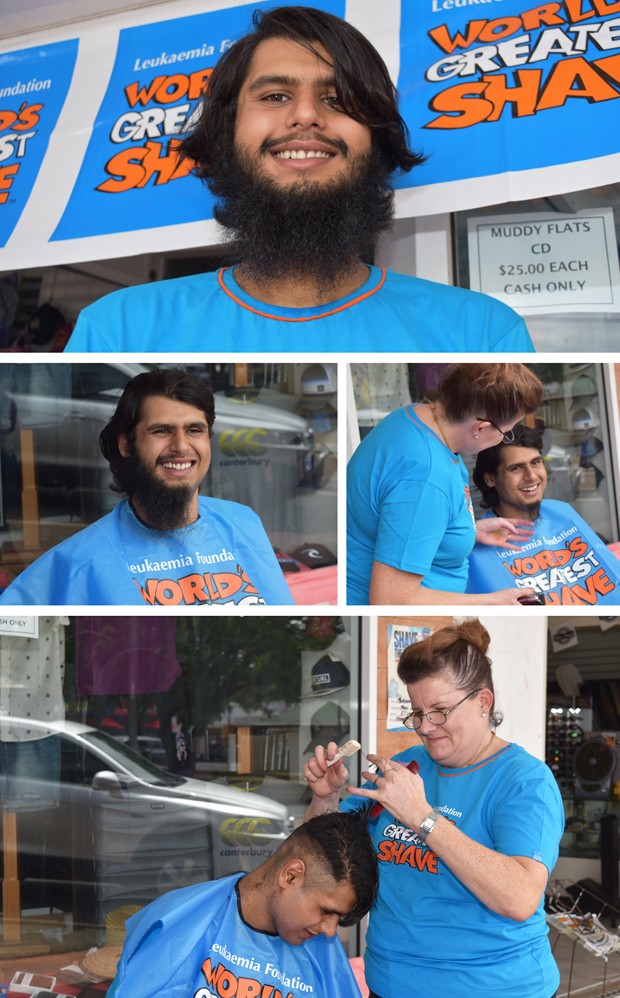 From top: Byron in all his hairy glory … half gone … just a chin puff … and now for the hair! 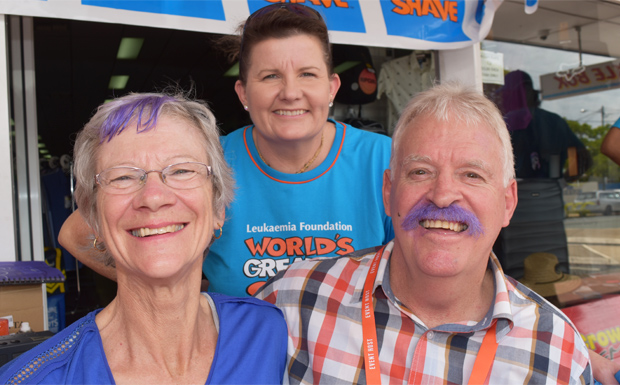 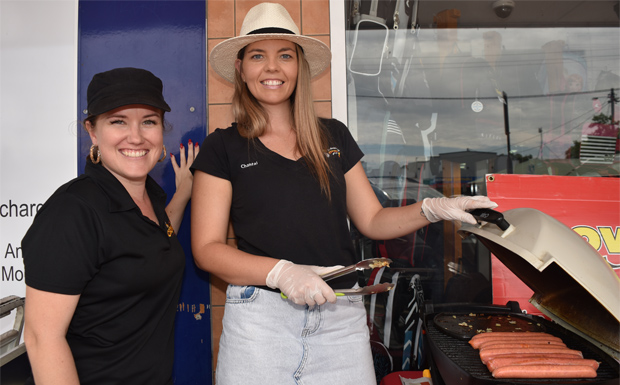 Shaz Birkett and Chantal Harth, from CROW-FM, were kept busy at the barbecue