Have You Seen David? 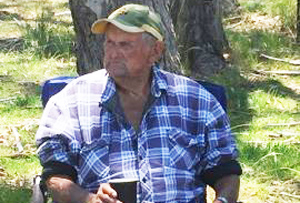 UPDATE 2:25pm: Mr Ball has been located safe and well.

Police are searching for an elderly man missing from Kingaroy.

Mr Ball does not have his wallet or access to a mobile phone.

Family and police are concerned for his welfare as he has a condition which requires medication and he may become disoriented at times.

Mr Ball is described as Caucasian in appearance, 187cm tall with a proportionate build with grey hair and brown eyes.

Anyone who may have seen Mr Ball or knows of his whereabouts is urged to contact Kingaroy Police on (07) 4160-4900.