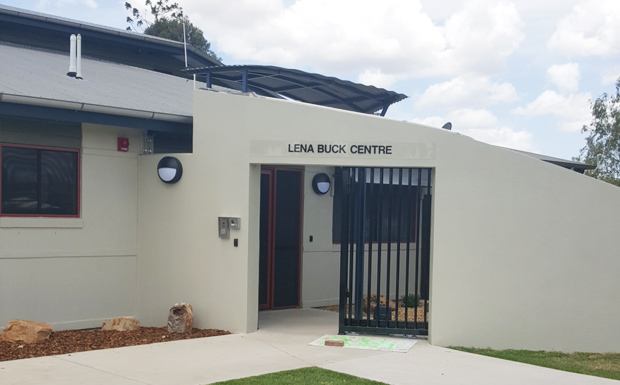 The entrance to the new Lena Buck Centre in Cherbourg (Photo: State Government)

The site of the former Girls Dormitory in Cherbourg – which burned down in 1988 – has become the new home for a million-dollar facility to help the women and children of today.

The Wunjuada building, built on the dormitory site but under-utilised in recent years, has been transformed into a shelter for women and children who are experiencing domestic and family violence.

It will now be known as the “Lena Buck Centre”.

Housing Minister Mick de Brenni said the State Government had spent $1 million on the upgrade after identifying the previous women’s safe house in Cherbourg wasn’t up to scratch.

“The replacement of this shelter was a commitment under our Queensland Housing Strategy 2017-2020 Action Plan, which includes a plan to replace shelters in the remote and discrete communities of Pormpuraaw, Woorabinda and Cherbourg,” Mr de Brenni said.

The State Government has signed a 30-year lease with Cherbourg Council to take over the building.

“Forty local jobs were supported during the upgrade works, with the majority of contractors secured from nearby towns including Murgon, Wondai and Kingaroy, as per the Palaszczuk Government’s successful Buy Queensland procurement policy.”

Deputy Premier Jackie Trad said the shelter would provide safe accommodation and support for up to four women and their children every night.

“When women make the brave decision to leave a violent relationship, we need to make sure they have somewhere to go to, and they get the support they need,” Ms Trad said.

“That’s why our government will continue to work with service provider UnitingCare Community, to ensure Cherbourg women and children get help they need, when they need it, to get their lives back on track.

Minister Anthony Lynham, the Ministerial Champion for Cherbourg, said the shelter would prove crucial for supporting and protecting local women.

“The importance of having safe shelters for women and children experiencing domestic and family violence was highlighted in the Not Now, Not Ever report,” Mr Lynham said.

“UnitingCare Community is an experienced service provider to the people of Cherbourg, and will continue to deliver support to women temporarily accommodated in the new shelter.”

The renovation of the Cherbourg building began in July 2018. 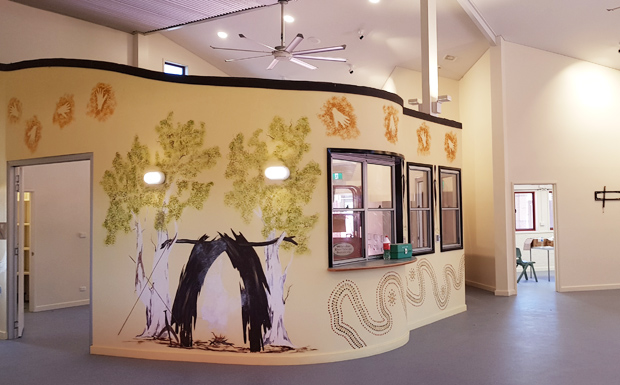 The former Wunjuada building has been fully renovated and redecorated (Photo: State Government)