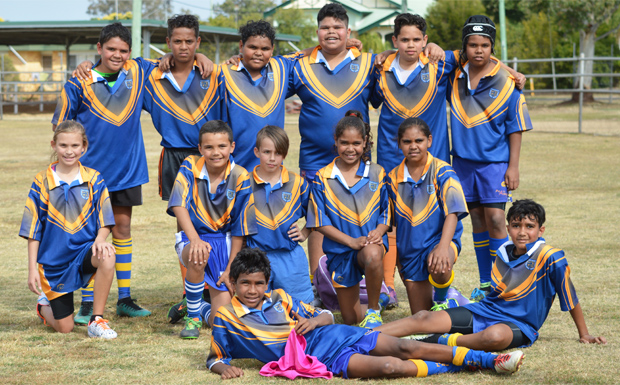 Murgon State School has won through to the next round of the NRL’s Development Cup after a thrilling victory against St Mary’s / St Joseph’s Bundaberg in Murgon this week.

The schoolboys and girls went head-to-head at Murgon Showgrounds on Wednesday morning in Round 4 of the Under 12s competition.

The Murgon team mostly consisted of players from the U12s Murgon Mustangs and Cherbourg Hornets teams, who were on a winning streak after coming first and third respectively in the Mini-Mod Cup last weekend.

Bundaberg was first to score, but Murgon quickly replied.

With a minute to go in the half, the scores were tied at 14-all, until Tre Stanley scored  the second of his three tries for Murgon.

A successful conversion took the half-time score to 20-14.

Murgon continued to impress in the second half, pushing the final score out to 40-20.

The NRL Development Cup is a competition for school-based rugby league teams and is played in a knock-out format.

Murgon will now go on to face a Sunshine Coast team in Round 5.

Bundaberg tries were scored by Kobi Holden (2),  Isaac Barrett and Oliver Boge. Holden and Zye Cory each kicked a goal.

Players of the match were Trequaan Stanley (Murgon) and Kobi Holden (Bundaberg). 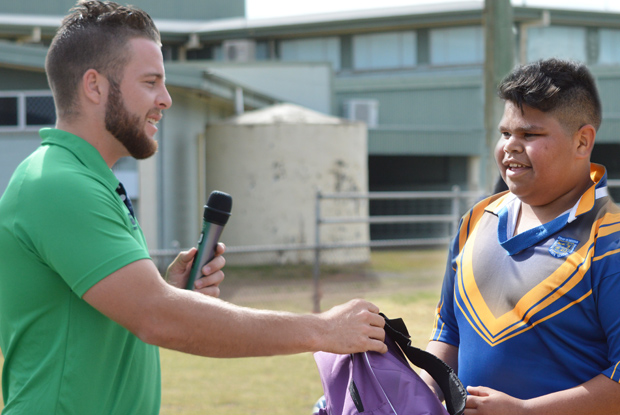 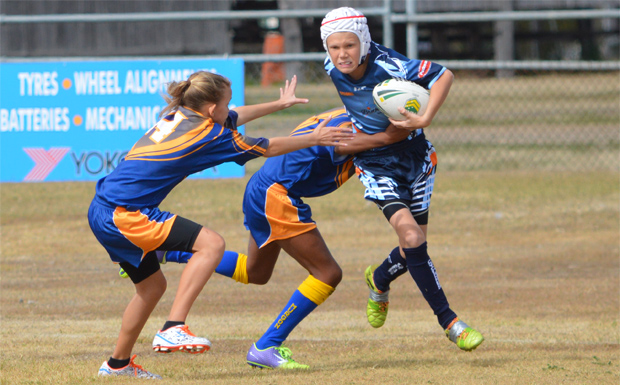 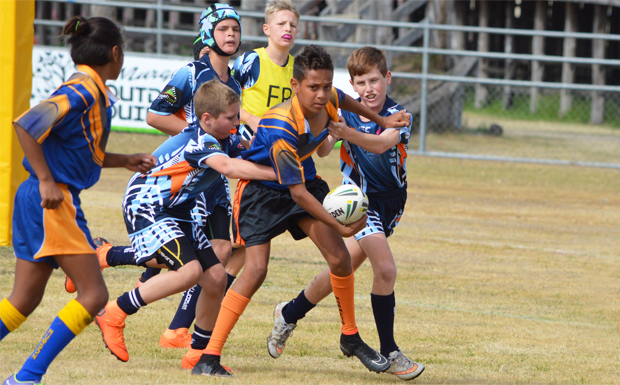 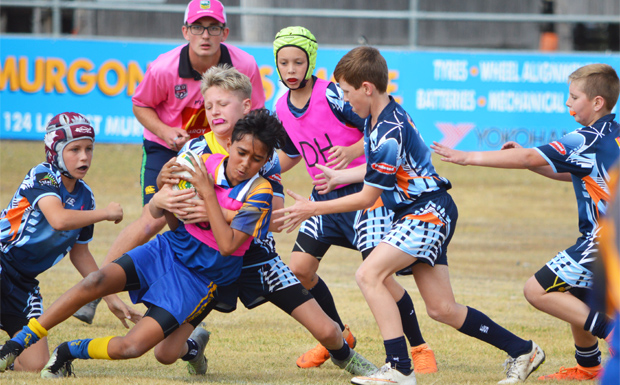 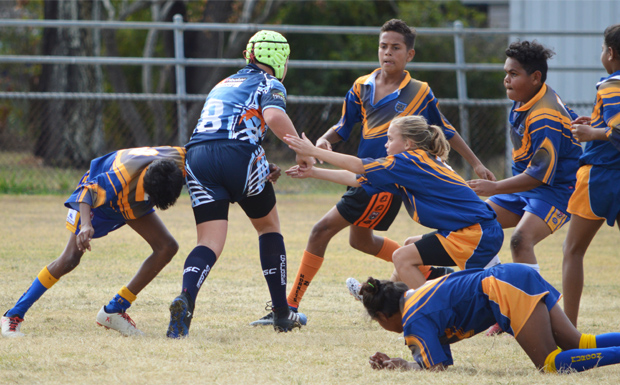 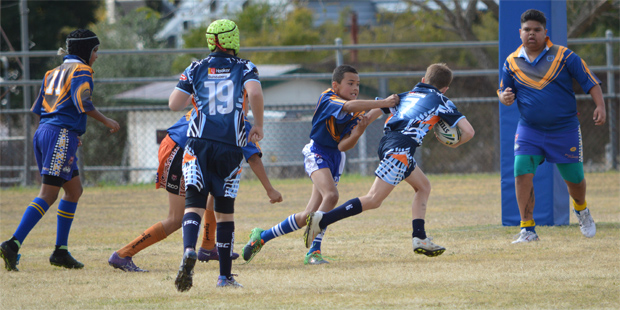 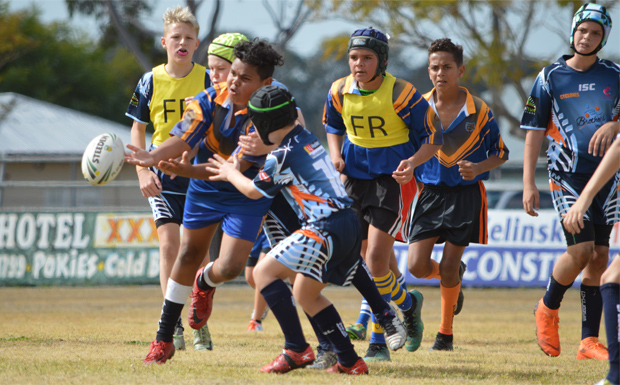 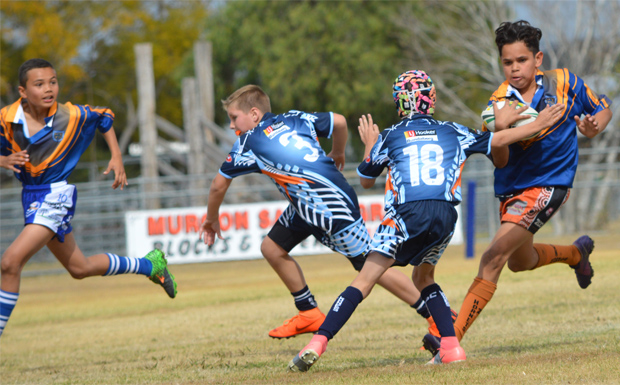 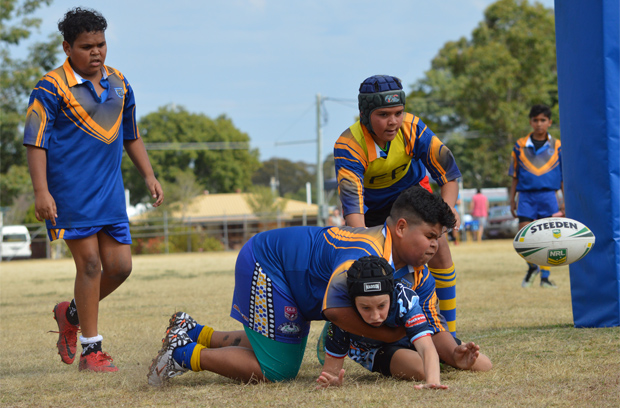 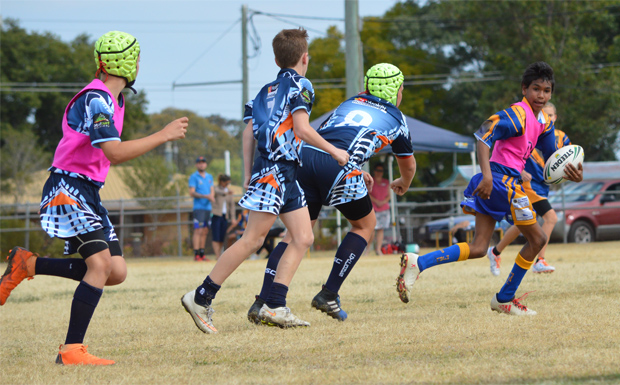 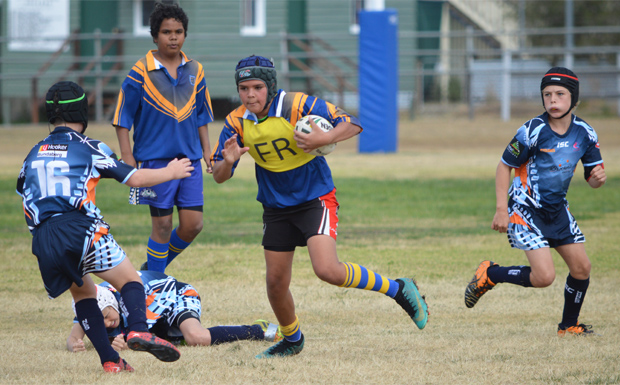 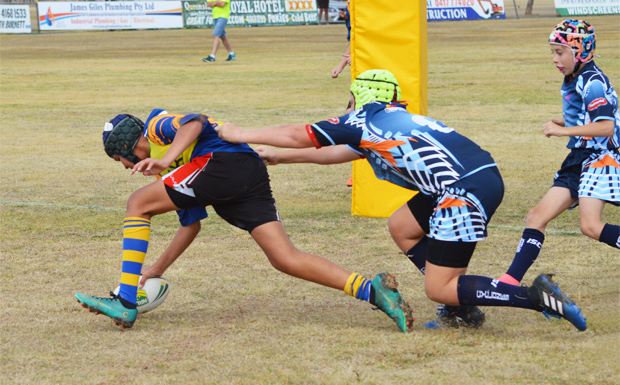 One Response to Knockout Win For Murgon