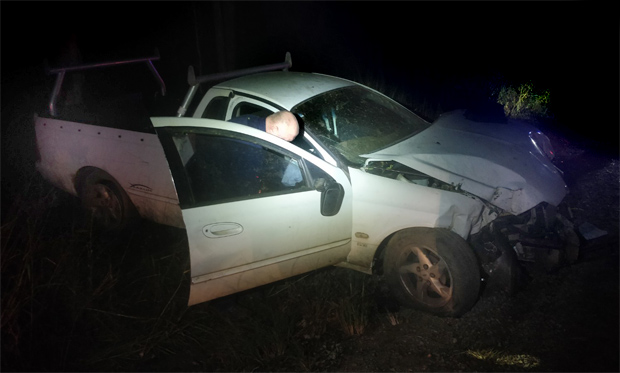 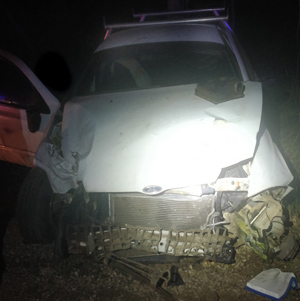 The vehicle sustained damage after spinning and hitting a tree (Photo: QPS)

A wallaby sparked a chain reaction at Haly Creek on Wednesday night which resulted in a learner driver being taken to hospital, and a Falcon ute being badly damaged.

The incident occurred on Stuart Valley Drive about 6:55pm.

Senior Constable Adam Entwistle, from Kumbia Police, said the wallaby had jumped in front of the Falcon.

The driver swerved after the impact, hit gravel and lost control, hitting a tree.

The vehicle then spun 180 degrees and hit a second tree rear on.

The teenager was taken to hospital for assessment after suffering bruising to his arm, but was not admitted.

No action will be taken against driver.

The wallaby’s condition is unknown …