The 2016 netball season is coming to the pointy end, with semi-finals scheduled for Friday evening at the Nanango Courts.

Nanango’s Purple Lightning had just one loss and will play Kingaroy Dynamites in the Semi-Final to see who goes straight into the Grand Final, which is scheduled for August 26 at Nanango.

Third and fourth positions were decided on a countback with Kingaroy Terminators taking third spot, ahead of Nanango Sassy Sisters.

The winner of the Minor Semi-Final between these two teams match will play the loser of the Major Semi-Final to determine the second spot in the Grand Final.

Nanango Wild Cats narrowly missed out on semi-final berth on the countback.

The Cadet competition has also been a tight affair.

A countback determined the positions for the Semi-Finals.

The knock out semi-final will be closely contested between Nanango Elite Chix and Nanango Team Sassy.

Nanango Blangers narrowly missed out on playing in the finals on the countback.

Points Tables (at end of fixtures) 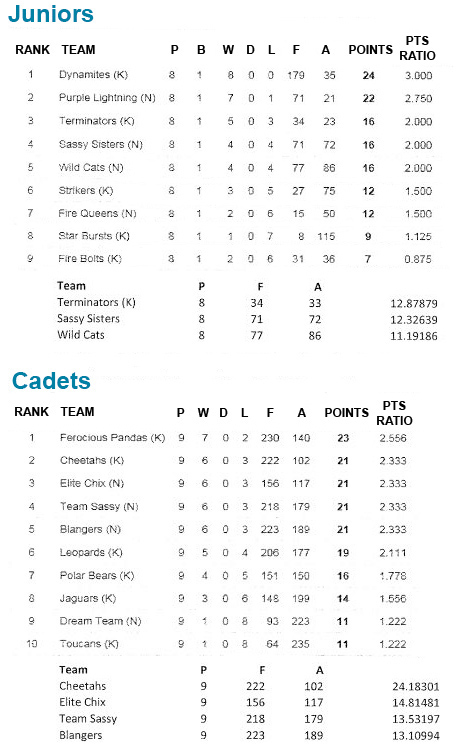