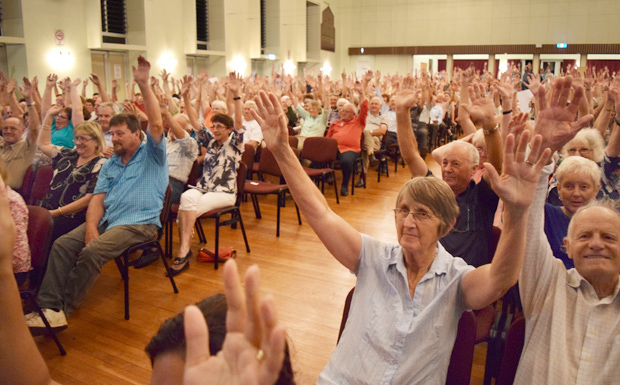 The Kingaroy Concerned Citizens Group is seeking donations from its supporters so it can hold another community forum in Kingaroy about Moreton Resources’ proposed open cut coal mine.

The group, which has lodged a submission with the Federal Government opposing the mine, aims to hold the forum on August 11.

A previous meeting organised by the group packed the Kingaroy Town Hall in February.

It an email to members, the KCCG said the August forum would:

The email included a claim by the KCCG that Moreton Resources was considering exporting coal from the mine by train through Kingaroy.

The KCCG is hoping to raise $2700 from supporters to cover the cost of printing and postage to invite residents to attend the forum.