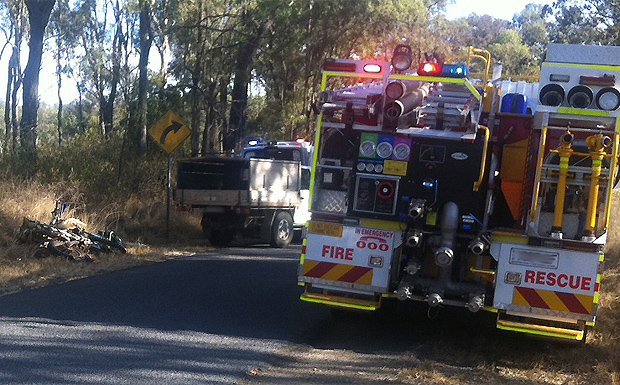 A 53-year-old man has been airlifted to Princess Alexandra Hospital in Brisbane following a crash involving a motorbike and a car near Cooyar.

RACQ CareFlight’s Maroochydore-based helicopter landed near the Rangemore-Cooyar Road incident to assist the rider who suffered severe injuries to his lower legs.

Ambulance and police attended the incident, which occurred about 1:30pm.

The man was transported to hospital in a stable condition.