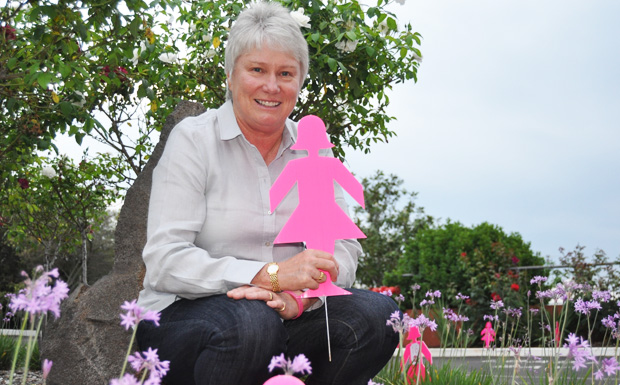 Champion athlete Raelene Boyle enjoyed going for gold for Australia … but these days she’s also a big fan of pink.

The former sprinter, who won seven gold medals at Commonwealth Games and three silvers at Olympics, has been working as an ambassador for Breast Cancer Network Australia (BCNA) for 14 years to help raise funds and raise awareness.

The organisation helps women with the disease travel through their journey of treatment.

Tonight she shared her experiences, both on the track and off, at a special dinner for 130 hosted by the Orana Lutheran Complex in Kingaroy.

A row of tiny Pink Ladies – the BCNA symbol – lined the entry road to Orana to guide guests to the function.

A gourmet banquet dinner was served and dessert was an all-pink affair, featuring delicacies such as Pink Lady Profiteroles, Go for Gold Cupcakes, Pink Lady Meringues and Berry Cheesecake.

Raelene is a breast and ovarian cancer survivor and still undergoes regular check-ups.

“It is very important that you don’t miss check-ups so that you can live with the peace of mind and comfort of knowing that nothing has come back,” she said.

BCNA distributes “My Journey” kits to people newly diagnosed with cancer.  Women either approach the organisation directly or are referred by a breast cancer nurse.

BCNA also has a “Hope and Hurdles” kit designed for women diagnosed with secondary disease.

The kits contain information that have been proven by experience to be useful for women undergoing treatment.

“They’re a all-in-one kit to keep all information together,” Raelene said.

Proceeds from the fundraising dinner will be invested in services for Orana’s residents and the raffle proceeds will benefit Breast Cancer Network Australia.

Today more than 40 women throughout Australia were diagnosed with breast cancer … and tomorrow another 40 will get the bad news. In fact, every day this year, 40 women will receive the news that they are dreading.

However, Raelene Boyle said there’s some good news on the cancer-fighting front.

When Breast Cancer Network Australia organised its first “Field Of Women” display in Canberra in 1998  they placed 7500 Pink Lady cutouts on the lawns of Parliament House, representing the number of women who had been diagnosed with breast cancer that year. They also placed 2500 White Ladies representing those women who had lost their fight with cancer.

Now the figures are more like 14,000 annual diagnoses but the death rate has remained static at 2500. 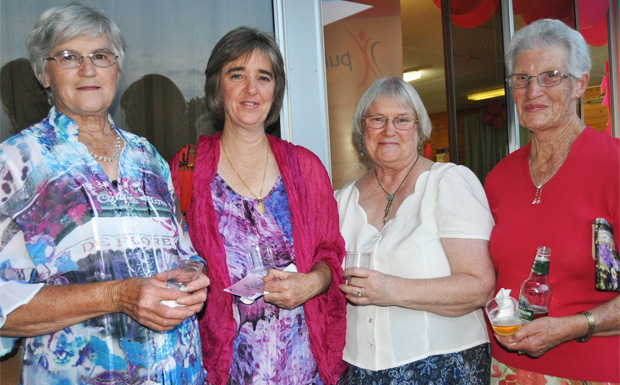