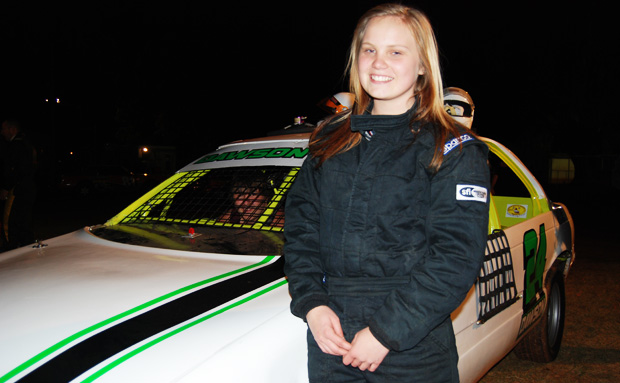 Kayla Dawson, 14, from Gympie, is one of the young guns looking forward to the official start of the speedway season; Kayla is racing her Falcon EL in junior street sedans and has had just two races so far in her short career; she's following in the treadmarks of her dad Scott and granddad Graham

The Kingaroy Speedway’s first official practice session on Saturday night proved so popular that the South Burnett Speedway Club is going to do it all over again.

Another official practice night will be held on Friday, September 28.  This is the day before the Long Weekend meeting which features the 28th running of the Queensland Street Sedan Title.