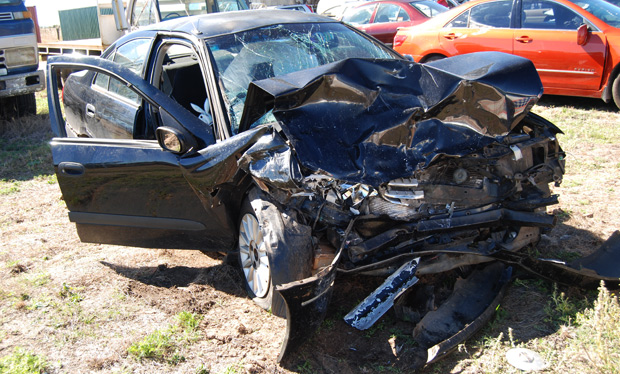 Very lucky to survive ... four people were inside this Nissan sedan

A woman hurt in a fatal car accident at Booie on June 18 is believed to have been injured again in Saturday night’s head-on crash just outside Kingaroy.

On June 18, a 24-year-old Kingaroy woman was killed when the 4WD in which she was travelling left the road and rolled on Hillsdale Road. A 26-year-old woman and a 26-year-old man, both from Kingaroy, received minor injuries and were transported to Kingaroy Hospital for treatment.

On Saturday night, a Toyota sedan and a Nissan sedan collided head-on on Kingaroy-Barkers Creek Road, about 100 metres past the Redmans Road intersection.

The Nissan, which was heading west, was carrying three women and a man, all local residents.

The sole occupant of the Toyota, heading east, was a 65-year-old man who was taken to Toowoomba Hospital.

Police investigations into both crashes are continuing. 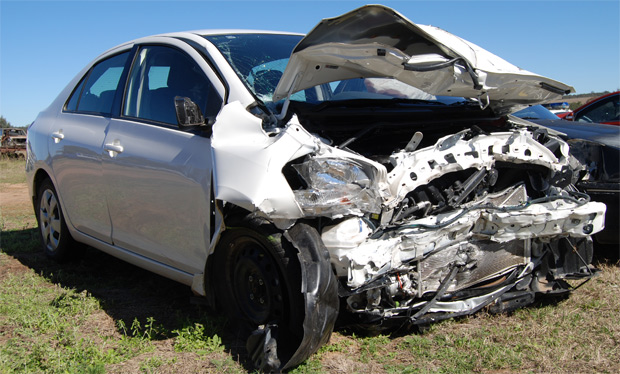