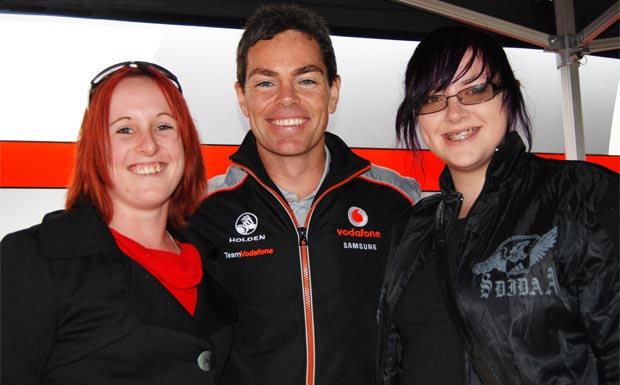 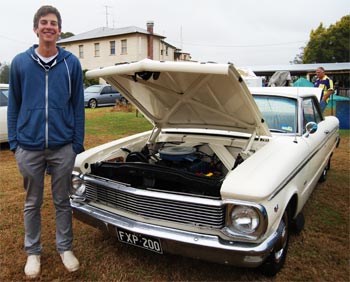 Isaac Heuschele, from Toowoomba, with his two-door 1966 XP Falcon

Rain and a cold snap couldn’t cool the intense rivalry between fans at the huge Ford vs Holden Day held next door to the Cooyar Pub on Saturday.

V8 Supercar Driver Craig Lowndes – fresh from an action-packed Phillip Island 300 – attracted a long line to his Team Vodafone display, queuing to get his autograph.

Shannons Insurance also shared the revhead passion with a double-decker display bus providing a spectacular view of the show area.

The company took a neutral stance on the Ford v Holden rivalry, opting instead to show a Goggomobile which travels the country conveniently packed inside the tour bus.

The Cooyar show’n’shine featured a wide range of classic Holdens and Fords, in fact everything from a 1930s A Model to an FJ panelvan.

Mustangs and GT Falcons rubbed shoulders with Toranas and Commodores in the large display of vehicles.

Profits from the day were donated to the RACQ CareFlight helicopter rescue service. 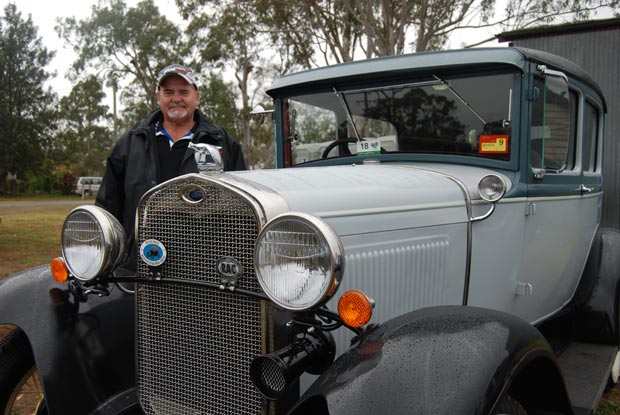 John Carthew, from Kulpi, with his classic 1930 A Model Ford 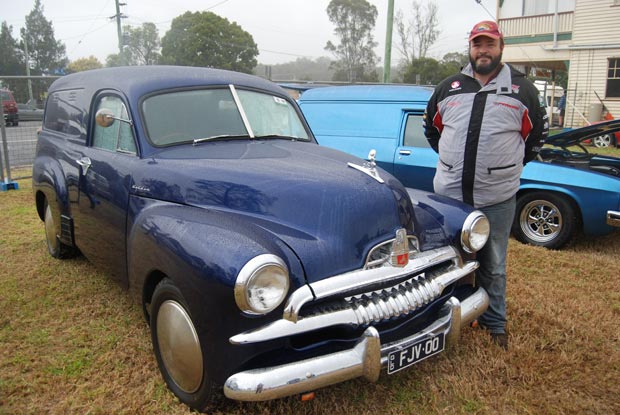 Todd Rutledge travelled from Burpengary to display his 1956 FJ panelvan 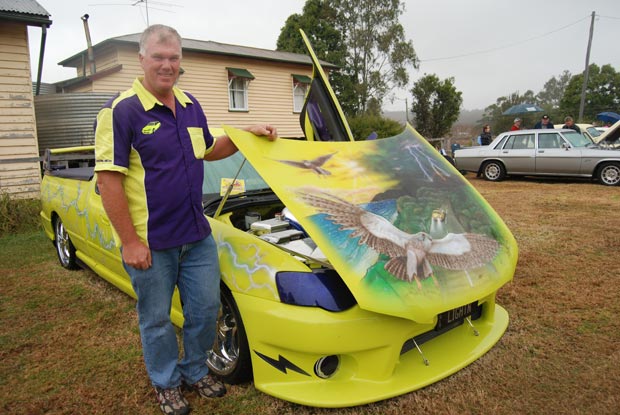 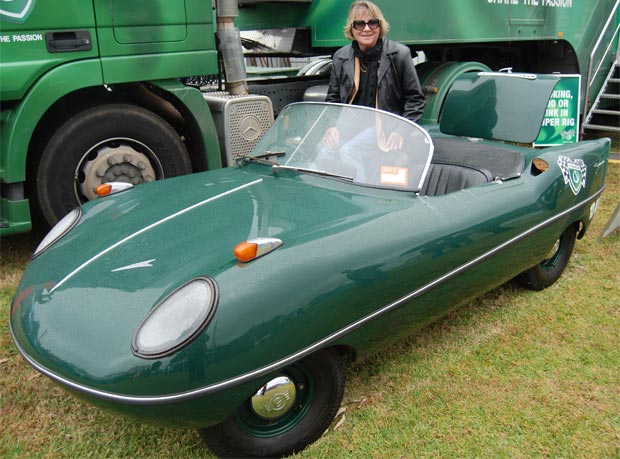 Not the Dart ... aahh, actually it is! Yvonka Rogerson, Kingaroy, with Shannons' 1959 Goggomobile